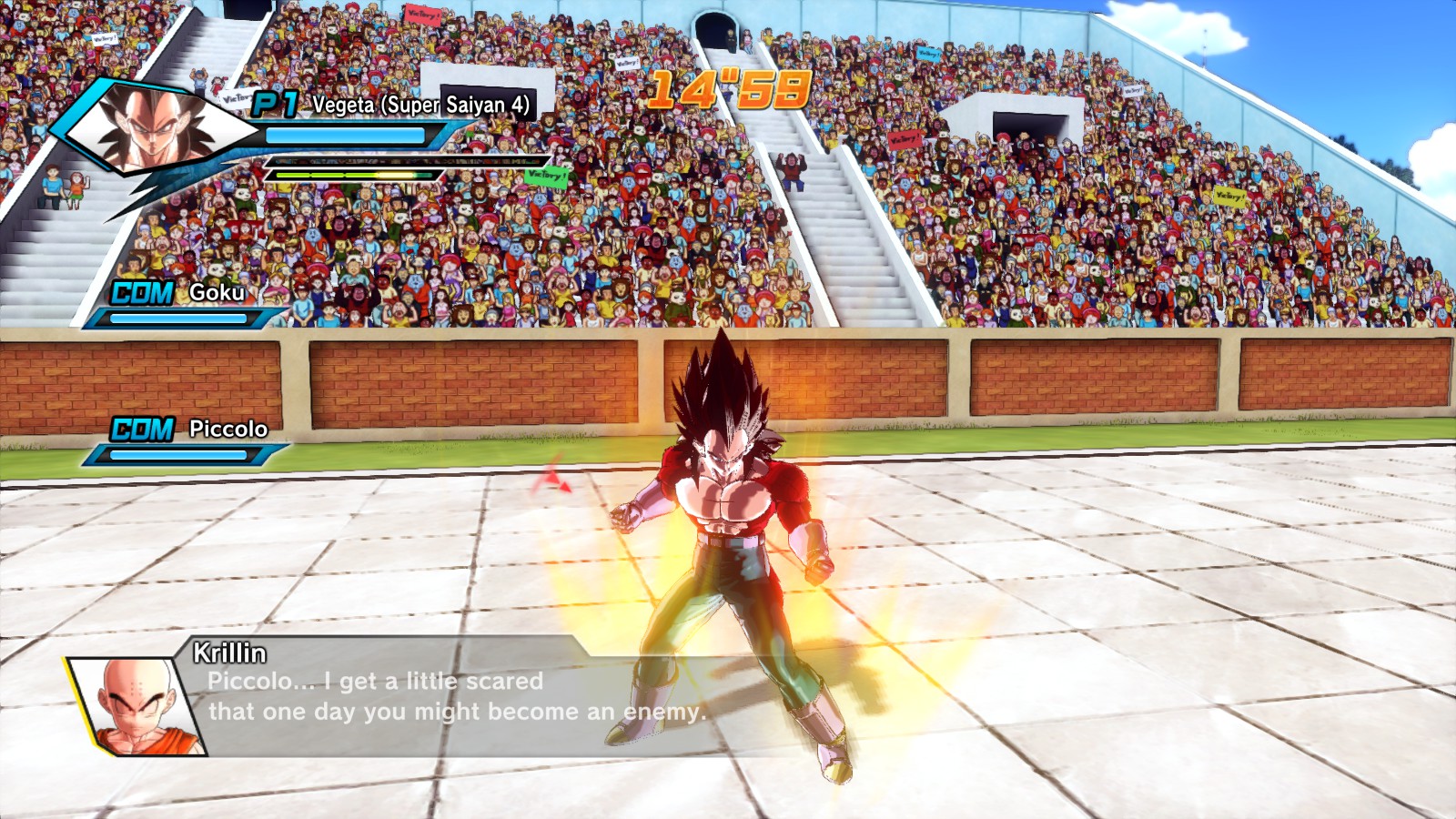 If you’re a fan of the Dragon Ball series and have yet to purchase Dragon Ball Xenoverse, the latest game based on the manga created by Akira Toriyama launched earlier this year in all regions on consoles and PC, you will be happy to know that the Bandai Namco published game is going to be available for a reduced price on the European PlayStation Store for the next few days.

Yesterday Bandai Namco Entertainment Japan has confirmed that the third Dragon Ball Xenoverse DLC pack is going to be released in Japan in early June. The pack will include four new playable characters – Super Saiyan God Super Saiyan Goku, Super Saiyan God Super Saiyan Vegeta, Golden Frieza and Jaco the Galactic Patroller -, 5 new Parallel Quests, 2 new Masters, 8 new Masters Quests, 14 new special moves, 2 new Accessories and 7 Z-Souls which can be used to customize your avatar in the game. A release date for the DLC pack has yet to be confirmed for North America and Europe but it should release too far from the Japanese launch.

Dragon Ball Xenoverse is now available on PlayStation 3, PlayStation 4, Xbox 360, Xbox One and PC in all regions. Another Dragon Ball video game, called Dragon Ball Z: Extreme Butouden, is going to be released on Nintendo 3DS in Japan next month.