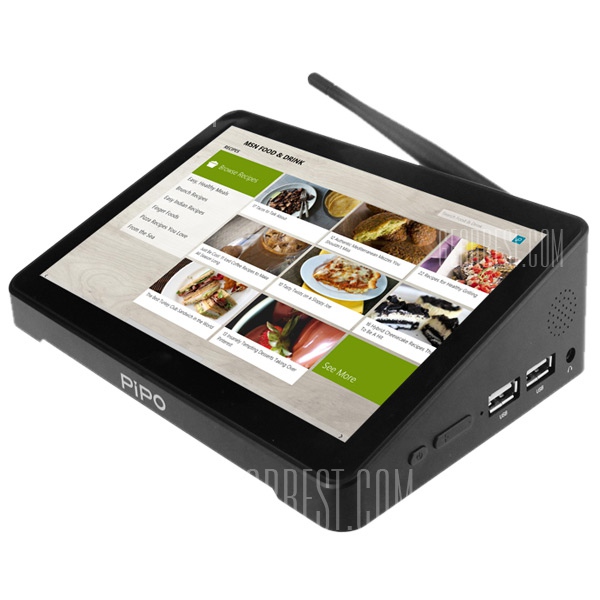 If you’re the owner of a random TV but would like to benefit from Smart TV functions, there’s an easy way out: a TV Box. Pipo has a great TV box that is on offer right now on GearBest, however, the deal ends very soon so you might want to hurry. Currently the price tag is set at around $118, but it only will stay like that for less than three days after which the regular price will be $236. TV boxes like the Pipo X8 right here are becoming more and more popular as they add a lot of new functions to the biggest screen you have in the house.

The Pipo X8 is a Chinese TV box that stands out thanks to its dual-boot system which can load both Windows 8.1 and Android 4.4 through the incorporated tablet and transmit anything to your TV without too much hassle. That means that by attaching the Pipo X8 TV box to your HDTV through HDMI, you will be able to benefit from almost a full-desktop experience and as such, view movies, stream content, edit documents, browser the internet, play games and much more.

TV boxes are an excellent solution for cord cutters, too, a trend that is slowly taking over the world and putting cable companies at a crossroads. There are many options out there, but the Pipo X8 stands out through its design and through its functionality. The dual-boot feature can come in handy for those who constantly switch between mobile and desktop applications and tasks and would like to make use of the large TV that they have for viewing and creating content, as well as sharing content with their friends and family without having to pass a tablet or a phone around.

The Pipo X8 is a TV box and a tablet with a 2G connection in one, so you’re definitely getting a lot of bang for buck with the gadget. It has Wi-Fi and Bluetooth 4.0 as well, so you’re getting all the connectivity you would need on such a device. Moreover, the Pipo X8 has an ethernet port, two usb 2.0 ports, a microUSB port, HDMI and a microSD card slot for all the access that you may need. For instance, if you have a playlist of songs on your SD card, you can easily play the songs on your TV and watch the official videos on it as well. 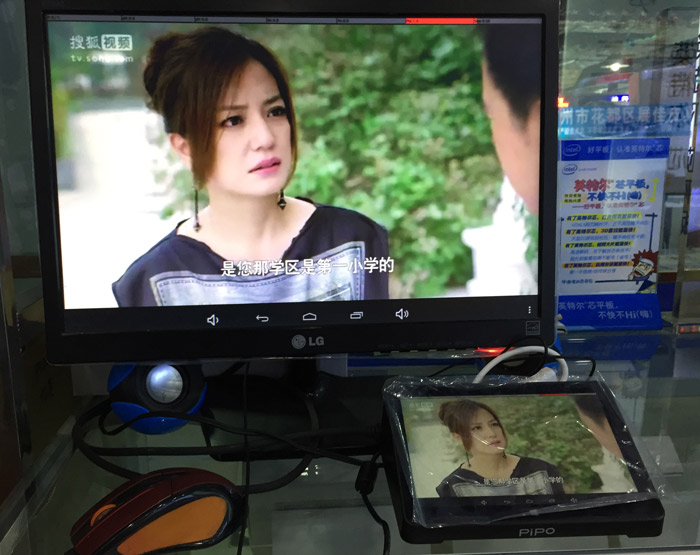 Specifications of the Pipo X8 TV box include an Intel Z3736F CPU backed by 2 GB RAM and 64 GB internal storage, Intel HD Graphics, a touch display with a 1280*800 resolution (of unknown size apparently, although it looks like a 6 or 7 inch display), and the ability to use one desktop on the tablet and another on the TV. Worth knowing is that the Pipo X8 tablet display will not turn off when connected to the TV, but there’s a power adapter in the package, so battery life should not be a concern in this matter.

The Pipo X8 TV box sounds like a pretty neat device, and although it looks a bit bulky, it certainly promises quite a lot of features that you may make use of. As such, with a TV box you can run both Windows and Android apps on the big screen in your home, watch videos on Netflix, Youtube, Hulu, Twitch or any other platform that you can think of. For the price, the TV box sounds pretty neat. Any takers?

Aaron GreenbaumNovember 16, 2017
Read More
Scroll for more
Tap
Get your free smart watch through promo on GearBest
Summer starts with a lot of gadget discounts on GearBest