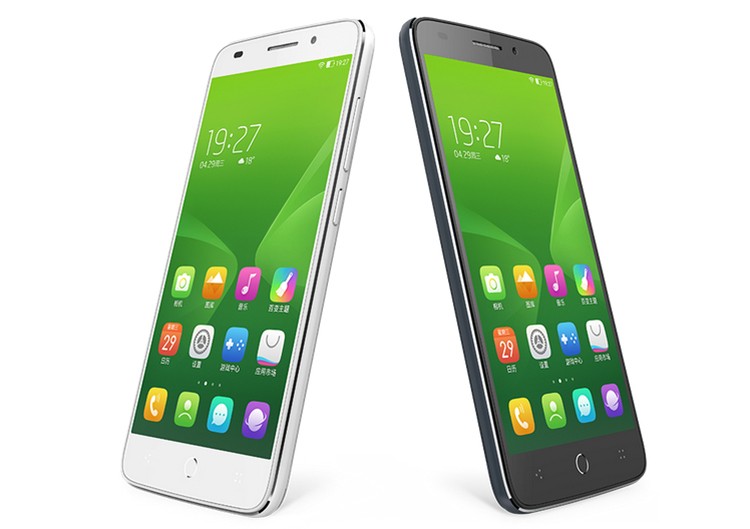 Chinese companies like TCL are mostly renowned for their cheap smartphones, but affordability is not all there is to companies such as this. With the TCL 3S M3G, the company demonstrates very well that affordability doesn’t necessarily have to involve major compromises when it comes to features and design. TCL manages to create a mid-range smartphone in such a way as to appeal to any kind of smartphone user, with a few simple additions.

The TCL 3S M3G is a mid-ranger with a bit of sass and it stands out in the line-up of Chinese smartphones that have recently taken the market by storm. If you’re interested in such an edgy smartphone, you can have it soon, as Everbuying is hosting a presale for their device through which you can get the unlocked base model for only $140. You could also buy wholesale from the website, but that’s a different story. 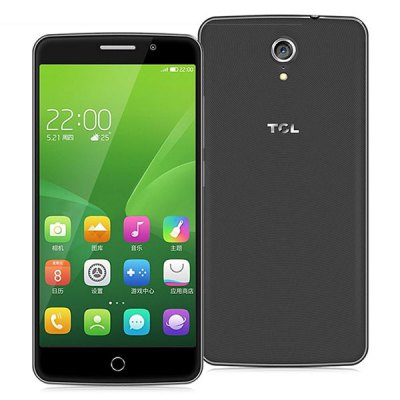 To make an educated choice about the TCL 3S M3G, you need to know a bit about its design, features, hardware and software, so that’s what I’m going to run down for you. First off, the TCL 3S M3G comes with Android 5.0 Lollipop on top, in a skinned version specific to Chinese manufacturers, similar to Xiaomi’s own MIUI. The price of the phone doesn’t tell you much about it, but once you get a chance to review the specs, you’re going to be surprised by how much sass is actually packed into this mid-ranger.

4G LTE is now a standard, and naturally, it is included in this $140 smartphone, but the device also sports neat specs when it comes to its display and hardware. Since it’s a mid-ranger, don’t expect a super-sharp QHD display and Snapdragon 810-level processing, but you can definitely anticipate a buttery smooth user experience. That’s because the TCL 3S M3G comes with a 64 bit octa core Snapdragon 615 CPU, backed by 2 GB RAM and 16 GB internal storage, with a microSD card slot available for extra storage space, if you find yourself in need.

The display of the TCL 3S M3G measures 5 inches and it comes with a FHD resolution of 19220*1080. That resolution and ppi pixel density (443 ppi to be precise) put this smartphone at the top of the mid-range charts, at least in my opinion. Having a FHD display, a Snapdragon 615 and Android Lollipop on board makes this phone as good as the Samsung Galaxy Alpha almost. But compromises have to be made when you’re selling a phone that usually costs around $400 for less than half that price. 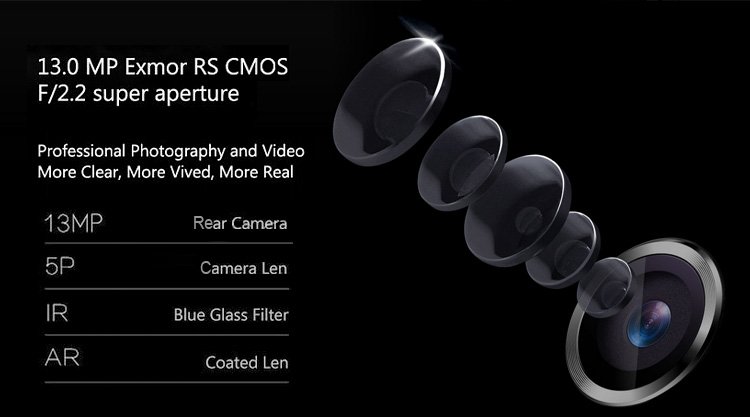 The sensor is advertised well, but its performance remains to be seen

Although we haven’t found any compromises on paper as of yet and we haven’t tested the phone out since it’s not yet ready for shipping, the only thing we can think about is the camera. That’s where I would suggest people to be a bit skeptical with the TCL 3S M3G until further notice and trials. The rear camera is a 13 MP sensor with flash and autofocus, and it’s a Sony Exmor RS CMOS F/2.2 aperture sensor. Although that sounds great and coupled with the 8 MP front camera, the setup sounds awesome, the post-processing of the software might be something to look out for. But seeing as there’s a good sensor involved, I wouldn’t worry too much and would expect great photos out of the TCL 3S M3G.

Chinese smartphone manufacturers like TCl do put a lot of emphasis on battery life and functionality, which is why the TCL 3S M3G comes with two micro SIM card slots and a pretty large 3050 mAh battery. There are quite a few neat features like a beautifying mode included into the camera setup, so the TCL 3S M3G is clearly made with trendy people in mind. The device is rather small and thin, I’d call it standard, but it does stand out when it comes to design.

The TCL 3S M3G design is not unique, but it’s certainly appealing. The company chose to trim down the side bezels and keep the bottom bezels at a considerable size, keeping the overall footprint of the phone down to a minimum and making one-handed use easier. The design elements and the home button are sleek, simple and representative of the company and make the phone look as appealing as possible. The TCL 3S M3G might be the best mid-ranger I’ve seen until now for this price. Most of the time, when you buy “almost flagship” phones such as this one, either the processor or the camera sensor are a bit sub-par, but that doesn’t seem to be the case with the TCL 3S M3G. Until further notice, I would definitely recommend this Android mid-ranger as a daily driver.