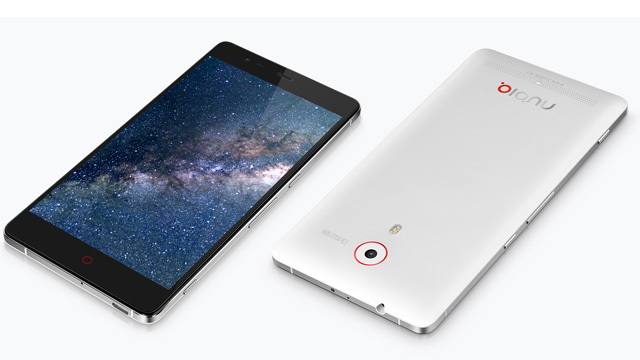 Believe it or not, one year has already passed since the ZTE Nubia Z7 was first launched. When it comes to smartphones, one year can sometimes make a pretty big difference as hardware can quickly become outdated and replaced by something better. In this case, however, the device is still holding up nicely despite its age and there are plenty of reasons to consider it a viable alternative to your current smartphone. The ZTE Nubia Z7 can still be purchased from a number of retailers, including from out friends over at Gearbest who are selling unlocked units for $300.

But isn’t $300 a bit much? Well, perhaps when compared to similar smartphones offered by unknown companies, but when it comes to a well-established brand like ZTE the price is pretty reasonable all things considered. Back when the whole 2K (1440 x 2560) display craze started, the ZTE Nubia Z7 was one of the few handsets capable of offering such a high resolution. This is the same resolution used by all the new flagships and it’s very likely that things are not going to change anytime soon as there are only so many pixels that the human eye can see. The ZTE Nubia Z7 couples the 2K resolution with a massive 5.5-inch display, which is also the current standard for big flagship smartphones.

In terms of performance, the ZTE Nubia Z7 does not disappoint thanks to its Qualcomm Snapdragon 801 quad-core processor running at 2.5 GHz and backed by 3 GB of RAM and an Adreno 330 GPU. Elsewhere under the hood we can find 32 GB of non-expandable internal storage memory, a 13 MP sensor on the back with autofocus and flashlight, a 5 MP selfie camera on the front, and a 3,100 mAh battery pack to power the whole thing. In addition, the ZTE Nubia Z7 also offers dual-SIM and micro SIM support, Bluetooth 4.0, 4G network capabilities and a whole slew of useful sensors, including gyroscope, electronic compass, and proximity sensor.

As far as I’m concerned, the only noticeable downside of the ZTE Nubia Z7 is the Android 4.4 KitKat operating system since most of the newer smartphones are now running on some version of Android Lollipop. However, if you don’t like Lollipop for some reason, then having a KitKat smartphone might actually work out in your favor.