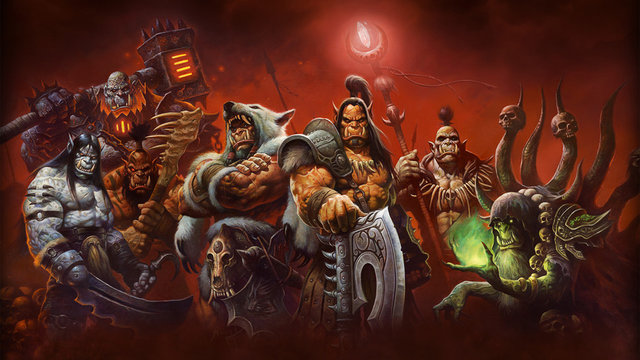 World of Warcraft is in a bit of a rough spot right now, with people cancelling their subscriptions left and right while others are already criticizing the upcoming expansion, Legion. Personally, I happen to think that the game itself is looking better than it did a couple of years ago and that gamers are just sick of MMOs and moving towards MOBAs. If you’re among those who still play MMOs, however, we’ve spotted a Warlords of Draenor deal on CDKeys that will help you get back into the World of Warcraft cheaper than usual. Right off the bat I need to mention that this deal is only available to folks living in Europe so sorry if you’re from NA or any other region.

The usual price for World of Warcraft: Warlords of Draenor is 50 USD or 45 EURO if you want to get it from Blizzard’s shop. CDKeys takes that price and trims it a bit down to $40.57. Not necessarily the biggest of discounts, but almost $10 off can make a pretty big different at times. For example, since you can’t play Warlords of Draenor without the original game and its expansions, you can use the 10 bucks to fish for a cheap World of Warcraft Battle Chest on G2A.

Getting back to the deal on CDKeys, it’s worth pointing out that this is a digital copy of the standard edition of Warlords of Draenor. This means that you won’t get the exclusive bonus items found in the $78 Collector’s Edition, but you will get a free level 90 character boost. The boost allows you to instantly upgrade one of your characters up to level 90 so that you can skip over the early game and jump straight into the Warlords of Draenor content. Additional character boosts will cost you so make sure you think carefully before using the free one.

Also on CDKeys, you can a great number of other major titles for cheap. Below you can find just a few of what I consider to be the best offers, but there are many more where these came from.