Mlais M9 Plus: testament to balance 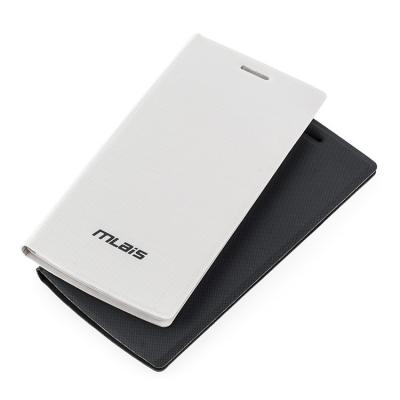 Mlais M9 Plus: testament to balance

One of the upcoming Chinese companies, Mlais, is an outstanding one from the crowd thanks to their stable, well-balanced and rather sexy smartphones. While the company most certainly compromises on some aspects, most of their phones are well-balanced and last long enough for the buyer to be content with their investment. The Mlais M9 Plus is one of their most recent releases, and it does stand as proof that the company can keep its gadgets affordable all the while maintaining a comfortable user experience.

The Mlais M9 Plus costs $90 if you buy it now on GearBest, which is a very good price to pay for what this phone has to offer. And this phone I would honestly recommend to anyone not liking what Google did with Android 5.0 Lollipop. The Mlais M9 Plus comes with Android 4.4.4 KitKat on board, the favorite OS of Android users across the world. Although it’s a rather entry-level smartphone, and still finds itself in the top half when it comes to pricing, the Mlais M9 Plus has a few advantages that deserve recognition. 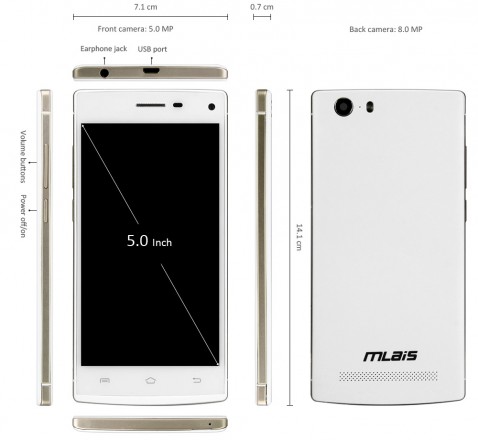 Its design is simple end reminiscent a bit of Sony Xperia handsets and their blocky, modern design. Although there still are capacitative buttons on the front, the Mlais M9 Plus looks and feels rather premium compared to competitors in its price range. This phone is a smaller, more standard footprint exhibit and will most likely suit those who find phablets uncomfortable. It comes with a 5-inch display that has a rather low 960*540 resolution, which while not the best around, does its job rather well.

Unfortunately, the lack of 4G LTE is one of the compromises that Mlais made with the M9 Plus, but 3G is still present so a stable data connection is pretty much a given. The Mlais M9 Plus comes with an MTK5482 CPU backed by 1 GB RAM and 8 GB internal storage, which is enough for those looking for a budget smartphone. Although you shouldn’t expect stellar performance, this entry-level smartphone will easily cater to the basic needs you may have. Requirements for smartphones have changed a lot, but we mustn’t forget that paying more for something you don’t need is not the smartest thing possible. 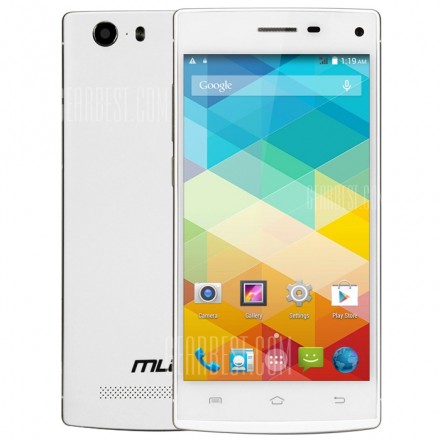 The Mlais M9 Plus adds a rather capable 8 MP camera on the rear complete with flash and autofocus and a 5 MP selfie camera on the front. The battery life should be excellent on this one, as there’s a 2100 mAh battery on board. The big removable battery and dual SIM card slots make the Mlais M9 Plus a pretty attractive option for those who want a stable smartphone. If there was a microSD card slot, things would have been much better though, as 8 GB internal storage is not going to be enough.

Nonetheless, those looking for the basic smartphone can look at the Mlais M9 Plus like a stylish and stable option which will last them more than 2 days with light use patterns. For its price, the handset comes with a pretty neat bang for buck that should be taken advantage of. It could also be a first time smartphone for teens thanks to its good camera, so there’s multiple options to consider. Any takers?