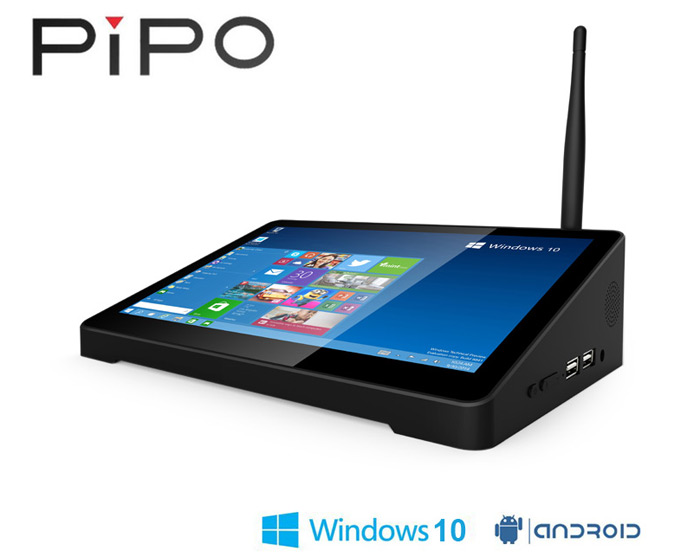 As Windows 10 becomes more popular, surpassing Mac OS X in the process, manufacturers are scrambling to put out new hardware with Windows 10 out of the box. Although Toshiba, Asus and Acer among others have already launched Windows 10 devices at IFA Berlin 2015, Pipo is the first one to launch a TV box with Windows 10 pre-loaded. The Pipo X9 is a Windows 10 TV box complete with its own display and with powerful hardware under the hood, all for only $131 on GearBest.

The Pipo X9 Windows 10 TV box features an 8.9-inch display with a 120*1200 resolution up front, so you don’t even need to connect and HDTV or monitor to it to be able to use it. It can be considered one of the few ultimate multifunctional devices for the multifaceted crowd that is the tech-community.

Although it lacks a data connection an its own battery, the Pipo X9 Windows 10 TV box is a marvel in its niche. It might as well be the first Mini PC to sport Windows 10 out of the box. With the dual-boot feature as well as the large display up front, this device can truly replace most of the gadgets that you use in the living room and turn your TV stations into a veritable entertainment center. Get it while it’s hot!