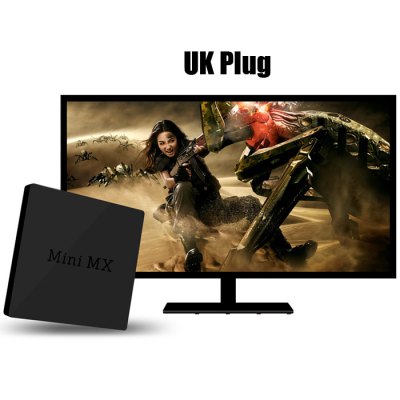 Beelink is a well-known name when it comes to TV boxes, with a wide portfolio of various different devices already making a name for themselves. The most recent product coming from this company is the Beelink Mini MX TV Box, which is now up for pre-order on GearBest, for only $53. The pre-order period lasts until November 15, after which the discounted price of the gadget will most likely increase.

The Beelink Mini MX TV box is a versatile gadget that’s fit for those who don’t feel like investing a fortune in a Smart TV. With the help of such a gadget, the experience of a smart TV can not only be emulated but also enhanced. Since the Beelink TV box comes with full Android 5.1 Lollipop on board, users will have access to the entire Google ecosystem, including games, apps, entertainment and streaming video and music.

Under the hood, the Beelink Mini MX TV box is outfitted with an Amlogic quad-core SoC, 1 GB RAM and 8 GB internal storage, so it’s an entry level TV box. Nonetheless, its processing power and GPU should make for a pretty smooth user experience. Wi-Fi, Bluetooth 4.0, a microSD card slot for expandable storage and a neat design are also representative of Beelink’s new gadget. The TV box doesn’t have issues reproducing high-resolution content such as 4K video, so it’s a perfect addition to your living room.

Making use of the biggest screen in your house is facilitated by devices such a Beelink’s TV box because they turn a regular HDTV into a versatile user experience that is perfect for cable-cutters and otherwise. You can also connect a monitor and accessories like joysticks, mice and keyboards, for extra comfort in the living room. With support for Kodi, XBMC and a wide array of ports including HDMI 2.0, USB 2.0 and Ethernet, the TV box is a pretty neat deal. Any takers?