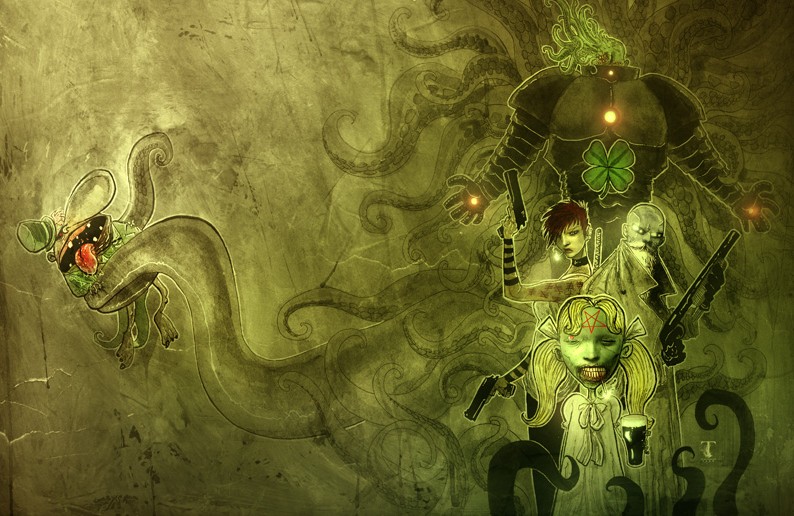 Tis the season we celebrate good old H-A-double-L-O—yeah, you know the rest—across the eerie, pumpkin-strewn landscape of America in late October. It’s also the best time of year to immerse yourself in ghouls, goblins, and Great Old Ones, whether on film or leaping out at you from the pages of a comic book. Here are a few scary-fun sequential reads you may not have stumbled across at the comic book shop (best store ever). Aussie Ben Templesmith’s hands have been in a lot of pies. A writer, animator, graphic artist, and comic book artist, his unique style echoes the manic madness of Dave McKeon but exudes a flavor all his own. Best known for his work on Fell and 30 Days of Night, Wormwood: Gentleman Corpse is his own baby. The story shadows time and space-rending uber-worm-god Wormwood and his a ragtag batch of snide rockers, minor deities, and mechanical mercs as they wage war against a whole host of Cthulhoid baddies seeking domination, devastation, or a light snack. And Wormwood, reluctantly bound to be a world-saver status, hops into a suitably debonair corpse and uses his brain rather than his brawn to hold back the tides of evil or at least maintain a modicum of balance. 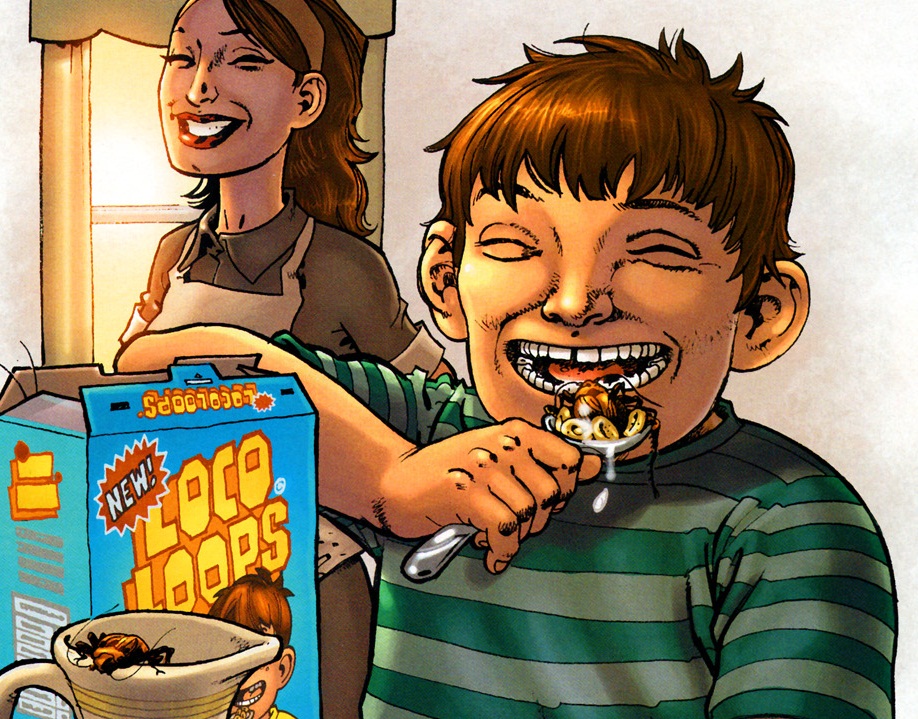 Who in their right mind would devote a comic book series to a pest control service? Vertigo, that’s who. So you know it has a good chance of being a great read. And it is. The short-lived Simon Oliver written (Gen13), Tony Moore drawn (The Walking Dead) horror comic series features freshly paroled Henry Jones as he begins work for his stepfather’s company BugBeeGone. A new bug-busting gel, Draxx, rather than killing vermin, causes them to evolve rapidly, creating a race of overblown, intelligent insectoids hell-bent on relegating humanity to fodder. Henry and his comrades aren’t just fighting bugs in The Exterminators; they’re keeping our species’ extermination at bay. 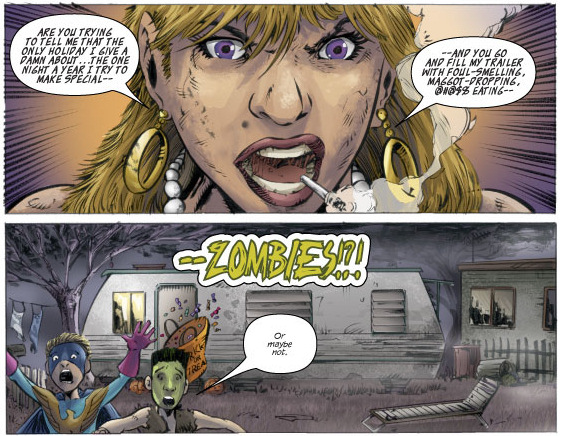 TPOT might be the most familiar to comic-lite audiences due to the low budget slasher film adaption of the same name. The four-color party is hosted by ghoulish debutante Norma. Each segment delves into a short tale of morbidly funny horror blurbs, including perennial favorites like the traumas of werewolf life and a man hunting for his brother in zombie-infested Haiti. The stories are always fun and grotesque, and the host segments center on the messed up antics of Norma, her Halloween Special stalker, and her undead coterie of hillbilly zombies—including paramour Billy Ray. Forged from a clear love of classic EC horror like Tales from the Crypt, each installment always raises a smirk and/or a groan.

With a literary pedigree unsung by his pseudonymous name, Joe Hill (a.k.a. Joseph Hillstrom King, son of author Stephen King), proves that yes, Margaret, there is a writer’s gene. But don’t judge him on the works of his father. Hill’s style is his own and very engrossing in its own right. Here, along with the beautiful artwork of Gabriel Rodriguez, he lays down a sweeping epic involving a New England family, the Lockes, their mysterious link to a series of elaborate, universe-altering keys (such as a one that removes fear and another that allows teleportation through physical doorways), as well as a gender-bending Lovecraftian creep who lives in a deep dark well on the property. This series is anything but entertainment for the faint of heart, exploring the horrors that dwell within and beyond the human psyche.

The inimitable Joe R. Lansdale, a Texas- and world-renowned master of horror, crime, and colloquialisms, isn’t always the easiest to translate into visual form. But his darkly funny Drive-In, a story about a cluster of humans trapped at a drive-in mega-horror movie fest after a mysterious world-altering event, lends itself well to the sequential medium—especially with Andres Guinaldo’s sparse, black and white artwork. The story, following a cluster of compadres, spins a disturbing tale about human frailty and the ways we deal with the collapse of civilization in a microcosm. And, naturally, it includes Mr. Lansdale’s prodigious talent for voice and character.