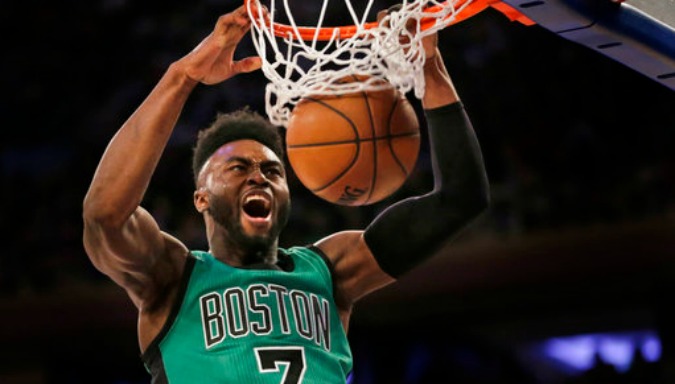 If you don’t keep up with the Boston Celtics, you may have looked over one of their promising rookies. A one-and-done from California, Berkeley, Jaylen Brown is unlike the average player. Dubbed the “Renaissance Man” of the 2016 draft class, one NBA exec worried he was “too smart for the NBA.” A comment some believed to have racial connotations attached to it. Despite that, Jaylen is believed to be one of the highest ceiling young players in the NBA. He’s also one of America’s smartest athletes, full stop. In a graduate-level course Jaylen wrote a 20 page paper describing how “society pushes athletically inclined children toward sports, often at the expense of their intellectual development”. His intelligence, and soft-spoken nature is exemplified in his YouTube channel.

Jaylen Brown: A Rook in the King’s Court

While some NBA players produce comedy videos, or other entertainment style vids, Jaylen works like a director with his. Working on a series of his own documentaries. Which as the star of his miniature-documentaries makes total sense. Chronicling his rookie year we see the human, in these super human athletes. In it, we see the serene, almost mundane, process of a young professional. Working late nights in the office. Finding their place, while balancing work with family and friends. It reminds us that not every NBA player has a near psychopathic desire to win like Michael Jordan, or Kobe Bryant. When you watch a professional athlete, they seem like an ageless, demi-god on a different level from society. But watching him go bowling with friends, celebrating Christmas, he’s just a 20 year old kid. Someone with the future of a franchise with millions of fans watching. Waiting.

While we do see him like a normal person, it’s juxtaposed by his life as a celebrity. After you watch him play a late game of table tennis with friends, he’s being interviewed on television. Presenting to a room with hundreds of fans watching with baited breath. Playing in front of millions of watchers in attendance and all around the world. Jaylen’s personality shines through the video of a young and humble man. And his attention to detail prevails with every song choice, every cut. How the song’s beat will match the ball going into the hoop. How you can see him feel the weight of everything everywhere he goes. It’s fascinating. It’s intriguing. And so… human. In a world where athletes try to seem so otherworldly Jaylen Brown’s down to earth attitude makes him more unique than any other.

Right now, only six videos are on his channel, but more are to come. And we will be able to delve into the world of Jaylen Brown even more. What’s that