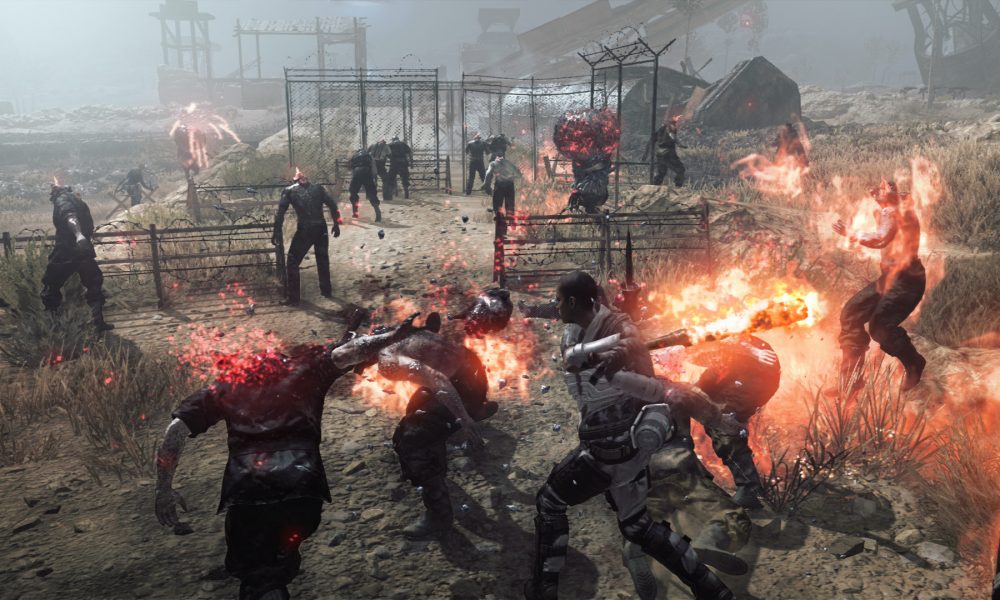 Over the weekend, I participated in Metal Gear Survive‘s open beta. I would be lying if I said I didn’t enjoy the beta test, but I wouldn’t be telling the truth either. The game is at odds with itself but has potential. I wish I could speak for the single-player mode, but Konami didn’t want us to experience that portion of the game. Still, the multiplayer was enjoyable. Mostly. Kinda.

Now, before I begin this article, I need to make something abundantly clear: my experience is based solely on playing the multiplayer mode alone. Why? Because I have an Xbox One without an active Xbox Live Gold subscription, which means the game did not let me team up with anyone. I did not want to pay $9.99 for four day’s worth of gameplay. Sure, I could have spent the other twenty-six days in the Gears of War 4 multiplayer, but that would imply I’m a gamer who enjoys competitive multiplayer matches, which I’m not. Point is, I would have wasted my money. Moving on.

The multiplayer missions available during the open beta were, for the most part, fun, but I believe that was due to the underlying gameplay mechanics instead of the mode itself. Metal Gear Survive is what could be considered a standalone expansion, a game that reuses and remixes assets from a previous game to create a new and semi-wacky experience that doesn’t overload the development team, require gamers to own the original game, or cost too much money to develop or purchase. Prominent examples of standalone expansions are Far Cry 3: Blood Dragon, Red Dead Redemption: Undead Nightmare, and Saints Row: Gat Out of Hell. The most important reused assets in Metal Gear Survive are the stealth mechanics, as they actually complement the zombies. These zombies can detect players either through sight or sound, and when they do, they scream to attract more zombies. However, this scream only attracts zombies inside a certain radius, one determined by the underlying mechanics that govern how enemies detect you in the first place. Sure, the zombies are easy to kill, but depending on how many hear the scream, you can easily be overwhelmed. This, coupled with hard time limits set in the multiplayer missions, create an internal struggle of risk vs reward. Do you rush through a horde of zombies and make them aware of your presence so you can obtain the powerful Walker Gear (or other rewards) in a timely fashion, or do you take it slow, sneak in and out without being seen, and fail to return to your post in time? 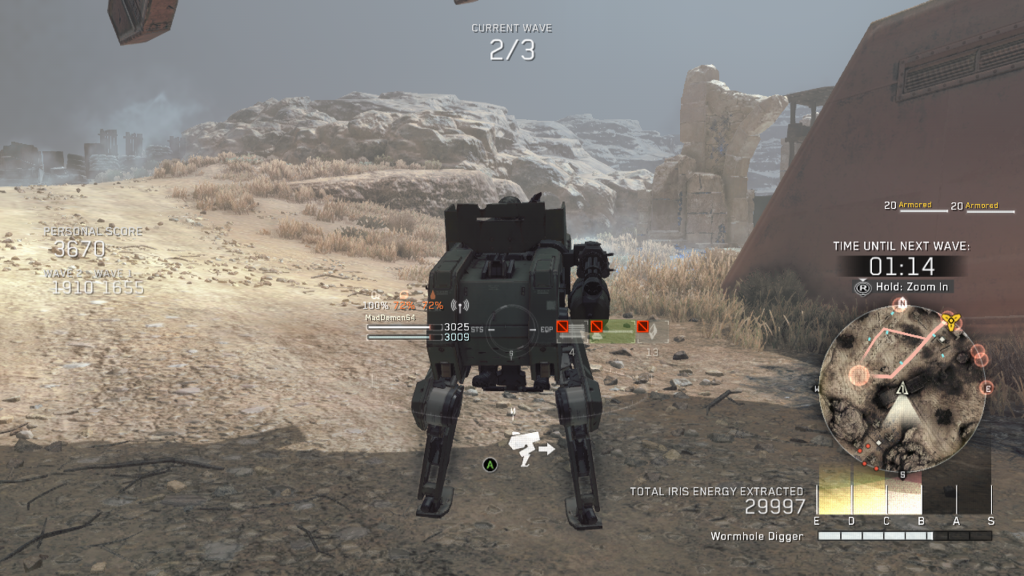 While most of the game is based on stealth, the missions that made up the beta revolved around base defense. Each mission tasked players with protecting a “digging machine” that attracted every zombie within a five mile radius in a wave-based horde mode that takes several cues from tower defense games. While I do not know how these missions compare to tower defense horde modes in other games, Metal Gear Survive‘s defense missions were tense, difficult, and required players to make quick choices on the fly. Early on (in easy mode), zombies only came from one direction. While players could just shoot them like fish in a barrel, that strategy is a great way to burn through precious ammo, ammo that is better off spent on mutant suicide bomber zombies that tear through defenses and the “digging machine.” The key to success was laying down traps and walls, killing zombies before they damaged your walls too much, and creating replacement traps and walls as needed (or, given limited building materials, whenever possible). Different fortifications required different materials, some of which were only available as mission rewards. Admittedly, I memorized the locations of each material and zombie after playing through the same map several times, which made defense easier. Plus, the longer I played, the more materials and fortification blueprints I gathered, which made defense even easier. After numerous false starts (i.e., withdrawing without defeating all the enemy waves), I was finally able to finish the missions, which was admittedly very satisfying.

On a side note, the beta boasted a leveling system that let gamers improve their stats, learn new attacks, and acquire important skills. While I didn’t notice much of a difference in the stats, the attacks and skills made a world of a difference. That is the sign of a good, or at least decent, leveling system: it provides tangible advantages. On the other hand, that might simply speak more about a poorly-implemented combat system than a well-implemented leveling mechanic. 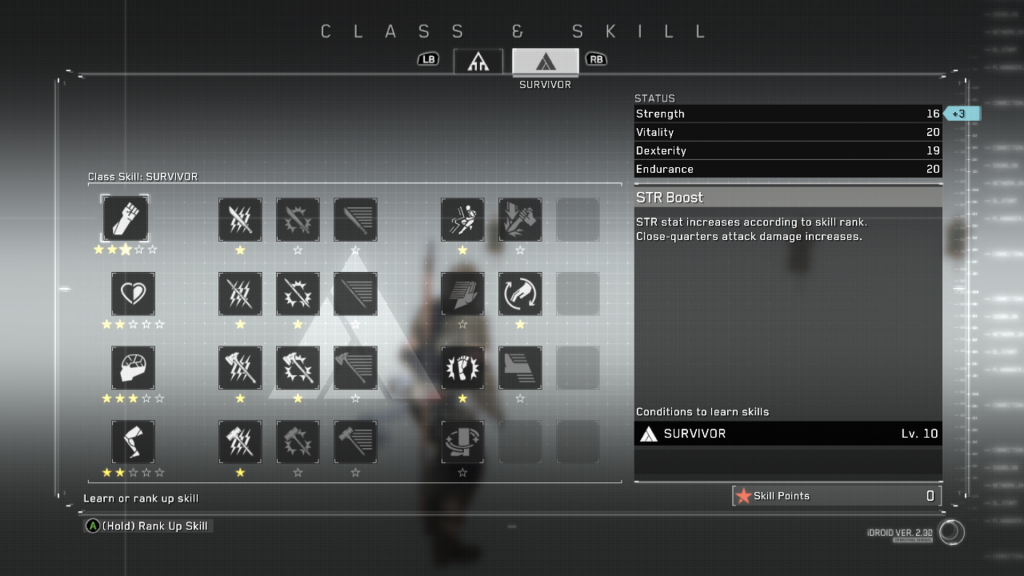 If I were to sum up my experience in Metal Gear Survive‘s open beta in one word, it would be tedious. The missions required me to make my way over to a designated area, protect a “digging machine” from increasingly difficult waves of zombies, use the rewards to level up and build equipment to aid in future defenses, and repeat ad infinitum, or in my case, ad nauseam. For those of you who don’t speak Latin, it means “something that is repeated so often it has become annoying.” Even when the multiplayer missions were fun, they required me to perform the same tasks over and over again without any variation. The zombies I faced in my first instance of wave three of the first mission were the same zombies I fought in every other instance of the third wave of that mission. The only variety the game provided was spawning a paltry number of random materials in random locations on the map. Video games are meant to be entertaining. If they induce feelings of tedium, something is very wrong. 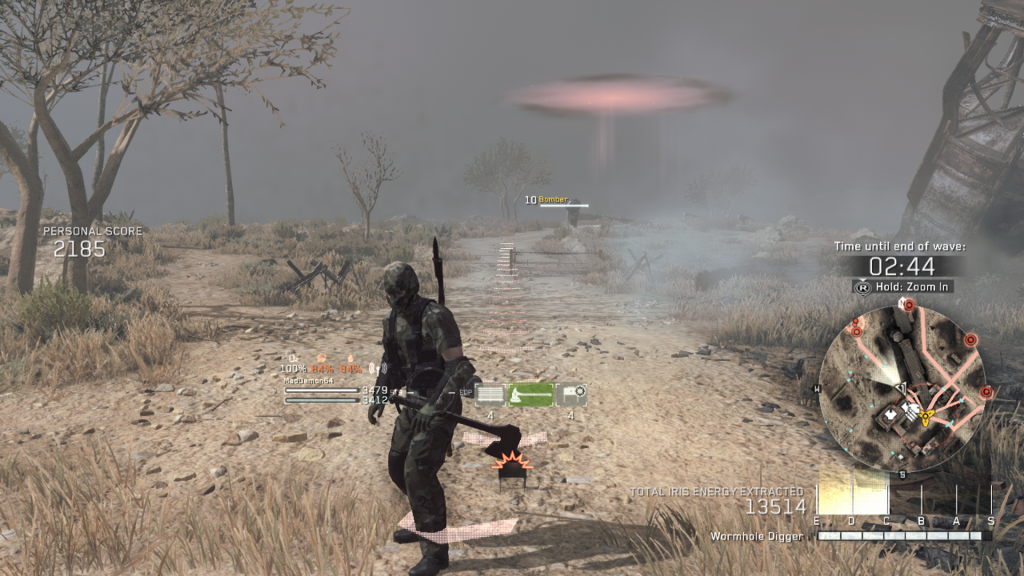 The Metal Gear Survive beta test’s biggest flaw was the close-quarters combat. I know I praised the stealth mechanics, but that’s because they’re taken straight from Metal Gear V. The combat in Metal Gear Survive was slow and clunky at best, and thanks to the camera, it was almost impossible to determine if I was going to hit a zombie even with the targeting reticule that changed shape and color to tell me a zombie was in range. Yes, I know that sounds weird, but it’s true. The close-quarters combat was clearly a modified version of the shooting controls and mechanics from Metal Gear V, which weren’t designed for melee weapons. The biggest strike against the combat, though, is defense missions in the open beta were downright dependent on close-quarters combat; no matter how many zombies I burned, shot, or blew up, I eventually had to hack at them with machetes and axes thanks to their sheer numbers. One of the biggest aspects of the multiplayer missions relied on mechanics that were unpolished and utilized a camera with zero depth perception, which is never a good sign.

Before I end this article, I need to mention the presentation in Metal Gear Survive: it was dull. Many games with regenerating health systems distort the screen to indicate damage, and the more damage a character takes, the more distorted the screen becomes. Most games opt for a red pulsing effect to indicate blood loss or a heartbeat, but Metal Gear Solid V makes the screen look like a burned film reel. Credit where credit is due, that is a unique take on the tired cliche. Metal Gear Survive, though, just splashed blood on the screen. Wet, red, runny blood that looked about as fake as b-horror movie blood. Moreover, the room I visited between missions was a boring white void. Sure, it had several workbenches to craft weapons, traps, and walls, as well as training dummies to try out new weapons and attacks, but otherwise the room was as vanilla as its color scheme and stylistically out of place with the rest of the game. 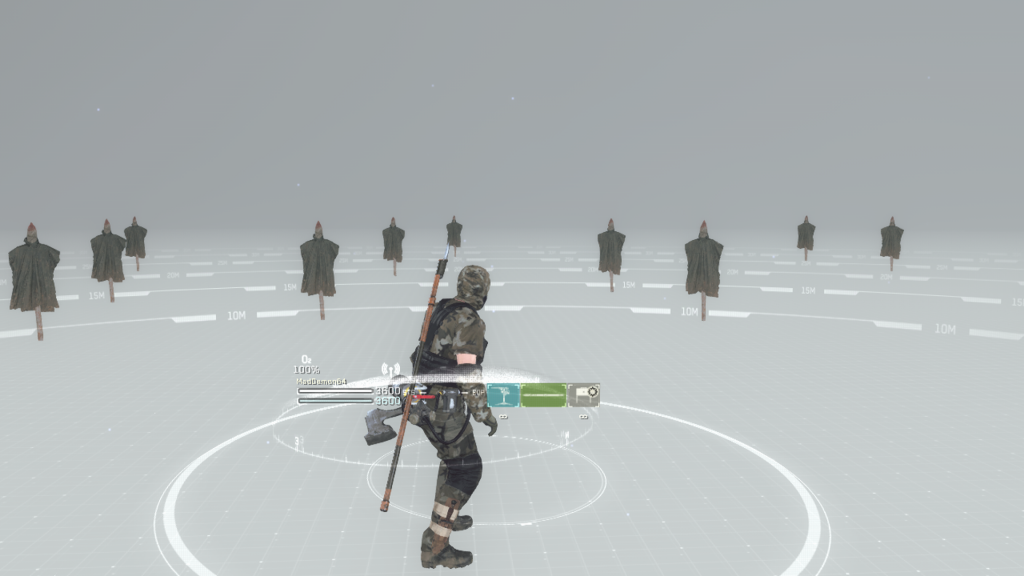 The Metal Gear Survive beta was half-baked. Its best components were perfected for other games; it introduced mechanics that didn’t work as intended, and it committed the cardinal gaming sin of being tedious. Although, I wouldn’t say I didn’t have fun in the beta. The missions were enjoyable enough, although I can’t help but feel they would have been more enjoyable had I bit the bullet, purchased the Xbox Live Gold subscription, and teamed up with other gamers. The most egregious problem of the beta was the repetitive missions. Maybe this will be fixed in time for the release, or maybe it’s a sign I should stick to the single-player campaign. If the beta was any indication of the final product, Metal Gear Survive will be an ok game at best. Given Konami’s recent track record, Metal Gear Survive might exceed my expectations, which is about as damning with faint praise as you can get.