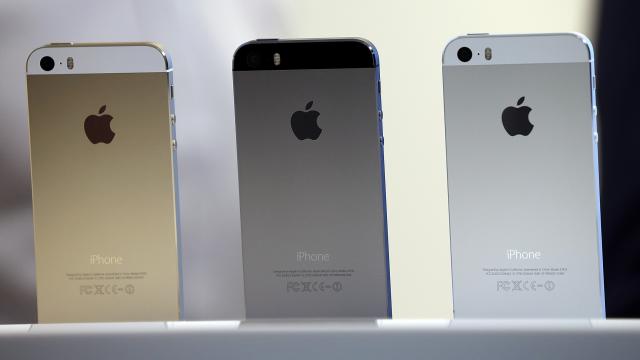 Apple’s most anticipated smartphone of all time, the iPhone 6 is expected to be officially announced during the first half of September. The Cupertino-based company is planning to introduce the iPhone 6 at a media event that will take place on September 9th according to several news outlets. Following this announcement, the device will become available for purchase a week and a half later on Friday, September 19th if rumors are to be believed. However, this release date only applies to the 4.7-inch iPhone 6 as the 5.5-inch model will probably only arrive later this year, or maybe even in early 2015. There aren’t any officially confirmed details at this time, but there sure is a lot of speculation regarding the device.

Rumor has it that the iPhone 6 will be considerably thinner that the iPhone 5s and is expected to measure between 6 mm and 7 mm, closer to the iPod Touch which is 6.1 mm thick. The device will likely feature a Sapphire crystal screen, larger display than its predecessor, and a faster and more efficient A8 chipset. The 5.5-inch version might also have a generous 128GB storage capacity via microUSB card. These are major improvements over the iPhone 5s, which sports a 4-inch panel, A7 chipset and storage that can only go up to 64 GB. Apple’s iPhone 6 will reportedly feature a 20-nanometer A8 TSMC chipset which will be smaller and more energy efficient than its predecessor. A July report suggested that the A8 processor will be a dual-core CPU with a frequency of 2 GHz or higher, and might be limited to 1GB of RAM. The A7 found on the iPhone 5s is also limited to 1GB RAM so no improvements there.

There are contradicting reports in regards to the iPhone 6’s camera with one rumor pointing at the same 8 megapixel sensor found on the iPhone 5s while other rumors suggest a new 13 megapixel sensor manufactured by Sony. But it is assumed that there will also be other camera improvements besides this. For example, the iPhone 6 may incorporate Optical Image Stabilization, a feature that uses motion-tracking in order to compensate for device shakiness, allowing for sharper photos and videos. Optical Image Stabilization might be limited to the 5.5-inch iPhone 6 due to both production issues and the higher cost of an OIS solution. The 4.7-inch iPhone 6 is still expected to have camera upgrades in the form of a new lens module with electronic image stabilization that offers speedier autofocusing.

Traditionally, major iOS updates have been released together with an iPhone launch so it is expected that the iPhone 6 will run on the latest version of the operating system. iOS 8 includes improved Message management tools, interactive notifications, a revamped “QuickType” keyboard, iCloud Drive access, and an all new health and fitness aggregation app simply called “Health”. All in all, the iPhone 6 seems to be a pretty big upgrade over the iPhone 5s, but we’ll have to wait until Apple officially reveals all the details before we can say for certain.