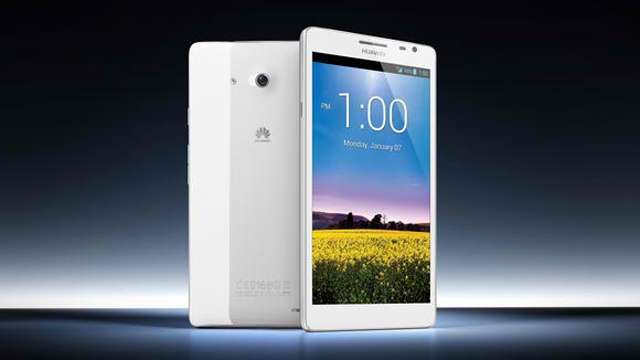 Just like Samsung and Motorola before them, Huawei also sent out invites for an event scheduled to take place very soon. While the company didn’t say what we can expect to see there, they did hint at a new device announcement. The invites contain an image of a fingerprint, which suggests that they will unveil a device featuring a fingerprint scanner. Moreover, they also included a QR code that takes you to a website filled with fingerprints and mentions of something called the Mate 7. This is believed to be the Ascend Mate 7, Huawei’s next flagship smartphone which is expected to be officially announced on September 4th at the said event.

We don’t know anything for certain about the handset, but there are plenty of rumors floating around. Most sources claim that the Huawei Ascend Mate 7 will come in two variants, one with a QHD display while the other is expected to sport a Full HD panel. Both models will reportedly feature a 6-inch screen, Huawei’s Kirin 920 octa-core processor, a 13MP rear-facing shooter, and a 5MP front-facing camera. The devices are also said to come in 2GB RAM and 3GB RAM versions and run on the Android 4.4.4 KitKat operating system with Huawei’s Emotion 3.0 user interface. These specs come from seemingly reliable sources, but take them with a grain of salt regardless.

Luckily, we don’t have to wait long until the Huawei Ascend Mate 7 will be fully unveiled as September 4th is just a few short weeks away. Aside from Huawei, Samsung is also expected to launch a highly anticipated device next month in the form of the Samsung Galaxy Note 4. Similarly, Motorola is said to announce their next flagship – the Moto X+1 – on September 4th. Needless to say, next month will be jam packed with important announcements and these are only the beginning as Apple will also reveal the iPhone 6 on September 9th.