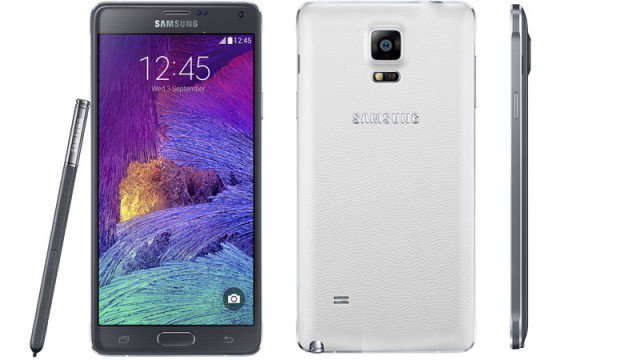 If you were eagerly waiting for the opportunity to reserve a Samsung Galaxy Note 4, you’re in luck because AT&T and Verizon have made the device available for pre-order today. Verizon is offering Samsung’s latest flagship smartphone for $299 on a two-year contract or you can opt it for the carrier’s Verizon Edge payment plan, which costs $34 a month. Alternatively, you can just outright buy it for the price of $699 and save yourself the trouble of dealing with contracts or payment plans. The AT&T Samsung Galaxy Note 4 can also be purchased for $299 on a two-year contract, or for $34.42 with AT&T Next 18 and $41.30 with AT&T Next 12. Interestingly enough, buying a contract-free Samsung Galaxy Note 4 from AT&T will cost you $825.99, quite a bit more that the price listed by Verizon for some reason.

As for the device itself, the Samsung Galaxy Note 4 comes equipped with a very impressive 5.7-inch Super AMOLED display complete with 1440 x 2560 resolution and 518 pixel density. A lot of people are saying that this is the best display ever seen on a smartphone, but while this is still debatable, there are indeed very few who can match it in terms of quality. However, the Samsung Galaxy Note 4 is not only about beauty because the device comes with a pretty impressive set of specs as well. A quick peak under the hood reveals a Qualcomm Snapdragon 805 quad-core processor running at 2.7 GHz and featuring 3 GB of RAM and an Adreno 420 GPU. The Samsung Galaxy Note 4 also offers a 16 MP primary camera, a massive 3,220 mAh battery and 32GB of internal storage memory, which can be further expanded up to 128 GB via a microSD card.

This fourth generation Note device runs on Android 4.4.4 KitKat straight out of the box and will presumably upgrade to Android L in due time after Google releases the final build. We mentioned that you can reserve the Samsung Galaxy Note 4 starting today at Verizon or AT&T, but it will also become available for pre-order at Sprint and T-Mobile at the end of the month. Verizon will start shipping the device by October 23rd while AT&T is a bit faster and will start shipping by October 14th.