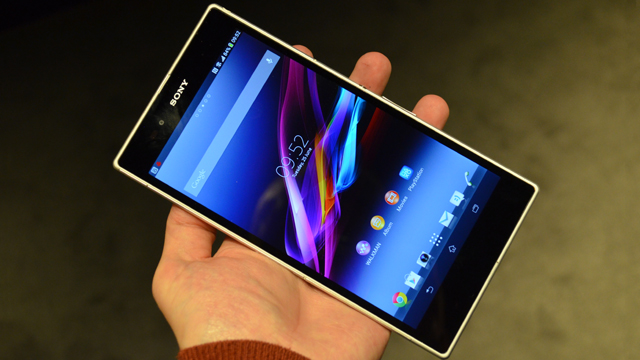 It was only last month that Sony announced the Xperia Z3 smartphone, but it looks like the company is already working on something new. This upcoming device will apparently be a combination between a smartphone and a tablet, more commonly known as a ‘phabet.’ Currently called the Xperia Z3X, this gadget is the successor to last year’s Xperia Z Ultra, a 6.4-inch device that fell a bit under the radar for whatever reason. The Xperia Z3X is unlikely to suffer the same fate as it will feature a set of specs that surpasses those of many other ‘phablets’ in its class. Recently, the device was benchmarked and the details were made public, which is why we know about the specs even though Sony hasn’t made an official announcement as of yet.

The Sony Xperia Z3X will come equipped with a 6.2-inch display with impressive QHD 1440 x 2560 resolution, but what’s under the hood is even more impressive. The benchmark reveals a Qualcomm Snapdragon 810 64-bit chipset with Adreno 430 GPU and 4 GB of RAM. The octa-core processor is composed out of four Cortex A-57 cores and four Cortex A-53 cores. We don’t know much else about its specs at this time, but the Sony Xperia Z3X already looks very impressive as it is. Rumor has it that its camera will feature a 2/3 inch sensor with 22.1 megapixel resolution and f/1.2 aperture.

According to the benchmark, the device currently runs on the Android 4.4.2 KitKat operating system. This may very well change by the time Sony launches the Xperia Z3X and the device is likely to at least run on version 4.4.4 when it comes out. There is currently no information in regards to its release date or any other important details, but we’ll make sure to let you know as soon as we learn something else so make sure you stay tuned.