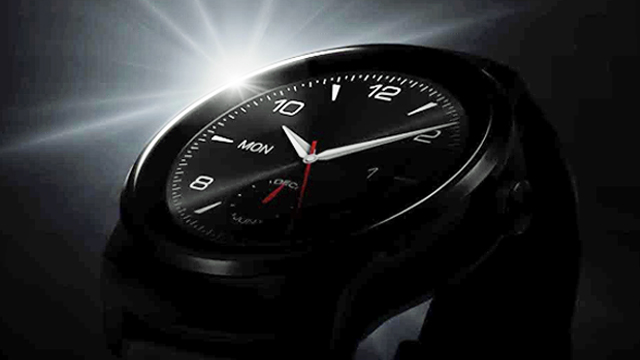 The LG G Watch R will launch tomorrow in South Korea, but only a local online retailer who made a special deal with LG will be able to sell it so soon. LG’s latest smartwatch will actually only go on sale in the country on October 14th, which means that all the other retailers must wait one more week before they can offer it. Pricing has already been revealed and it turns out that the LG G Watch R will be a bit more expensive than its predecessor, the LG G Watch. The former will be priced at no less than KRW 352,000 (around $332 USD), while the latter currently goes for KRW 270,000 (around $250 USD).

Pricing and availability for other regions have not been announced yet, but we’re bound to hear something regarding the matter in the coming days or weeks. The LG G Watch R is a circular smartwatch that features a 1.3-inch P-OLED display with 320 x 320 pixel resolution. Hardware-wise, LG’s latest wearable device comes equipped with a Qualcomm Snapdragon 400 processor clocked at 1.2 GHz, 512 MB of RAM, 4 GB internal storage memory and a 410 mAh battery that’s expected to last between a day and a half and two days. The LG G Watch R is also IP67 certified, which means that it’s waterproof.

Meanwhile, LG is preparing to launch yet another smartwatch in the near future and the device has already passed by the FCC. Very little is known about the smartwatch at this time, but an FCC document does reveal that it has an elliptical shape and the model number VC100. We also know that the device measures 57.7 mm x 35.5 mm and might feature a built-in SIM card with CDMA network support. The LG VC100 is expected to launch later this year or in early 2015 and will apparently head to Verzion as soon as it does.