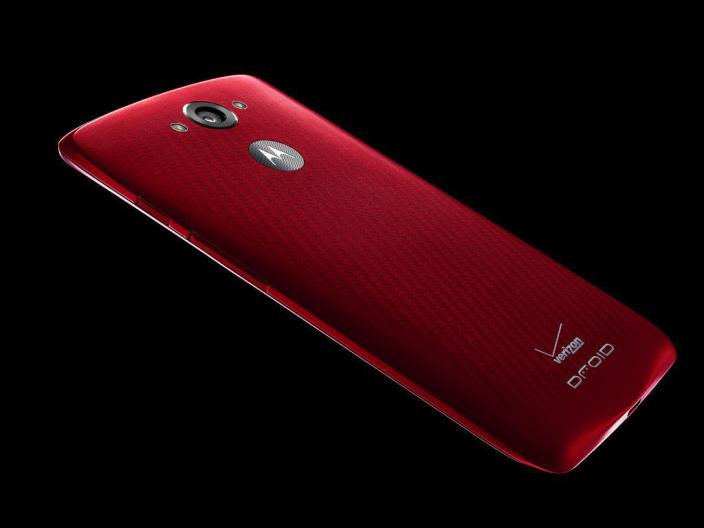 Verizon Wireless has recently started sending out invites for a special event scheduled to take place on October 28th where a brand new Droid smartphone is expected to be unveiled. Entitled Motorola Droid Turbo, the device looks to be an improved version of the second generation Moto X flagship. There are plenty of similarities between the two in terms of design, however the Motorola Droid Turbo comes with extra features that make it more resistant. These include a body made out of metallized glass fiber and a Kevlar-reinforced back panel. The handset is also splash proof and able to withstand everyday spills and up to 20 minutes in a downpour, according to its marketing document.

The Motorola Droid Turbo is certainly impressive from a design stand point, but the hardware is downright jaw-dropping. The smartphone will come equipped with 5.2-inch display complete with QHD 1440 x 2560 resolution, 565 pixel density and Corning Gorilla Glass 3 protection. Under the hood we’ll be able to find a Qualcomm Snapdragon 805 chipset with a quad-core processor clocked at 2.7 GHz and 3 GB of RAM. The device also features a 21 MP primary camera, 32 GB of internal storage memory and an absolutely massive 3,900 mAh battery pack. The huge battery is expected to keep the Motorola Droid Turbo going for up to 48 hours of use before its owner will need to reach for the charger.

The Motorola Droid Turbo will run straight out of the box on the Android 4.4.4 KitKat operating system with Moto X features as well as Droid “Zap” features. Just like all the other Droid smartphones, the Motorola Droid Turbo will be exclusive to Verizon Wireless. Pricing has not been revealed yet but we’ll likely learn all about it on October 28th when the device will make its first official appearance at the carrier’s event.