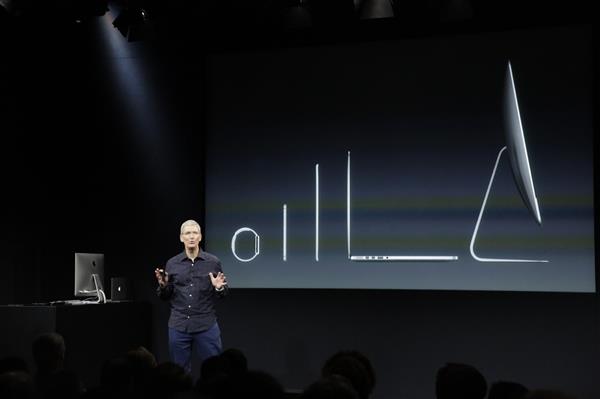 We had been looking forward to today because Apple had announced that it would be unveiling a new product line, including the iPad Air 2 and a Gold variant. While the event started off with the anticipated launch of iOS 8.1 and OS X Yosemite, Tim Cook and co. focused on how Continuation and Handoff would work on the new mobile OS, as well as the immersive application suite available for iPhone 6 users. The Apple event also reiterated the fact that the Apple Watch is still set for an early 2015 launch and Apple Pay will be arriving on Monday.

Although all of these new launches are impressive, we were more interested in the new product line-up Apple was planning to launch at the event, and we have not been disappointed. Even though the iPad Air 2 and iPad Mini 3 were leaked and mostly confirmed yesterday, it was nice to see that Apple was making fun of these leaks and confirming at the same time the new slates. The iPad Air 2 was detailed as being the thinnest tablet you will find on the market, measuring only 6.1 mm in thickness (which is thinner than most smartphones out there, actually) and boasts a lighter design than its predecessor. A better 8 MP rear camera and a completely new A8X 64 bit chipset are also featured on the Apple slate, as well as the anticipated TouchID. Although we though we would use Apple TouchID for Apple Pay, it turns out it will only come in handy with online purchases, since the Apple iPad Air 2 doesn’t have NFC built in. The device will set you back  $500 and $700 for the Wi-Fi only variant, depending on whether you would like 16 GB, 64 GB or 128 GB storage.

Apple has also launched the iPad Mini 3, which isn’t far off from its predecessor and will retail for  $400 for the 16 GB version, $500 for the 64 GB version and $600 for the 128 GB version, all of these Wi-Fi only. The 27 -inch Apple iMac was the highlight of the show with its stunning Retina 5k display and hefty $2500 price tag.  An Intel 3.5GHz, quad core i5 CPU will be running the show on the new iMac, upgradeable to 4 GHz and backed by 8 GM RAM. The GPU will be an AMD Radeon R9 295, upgradeable to 295X.  The Mac Mini was the most affordable device Apple announced today, with a $500 price tag and a slight improvement in specs. Although we expected to see Intel’s Core M chipset on the Mac Mini, we will have to with the 4th gen Intel Core processor. All of these devices will start shipping by the end of the month, with price cuts on their predecessors, so get ready for the shopping spree.