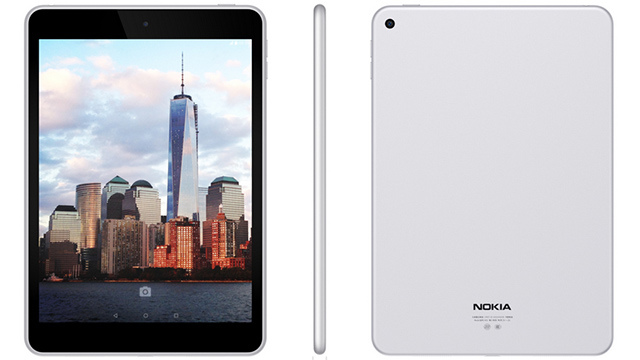 Last month, Nokia announced their first Android tablet dubbed Nokia N1, while also giving it a release window of “Q1 2015”. The device will initially launch in China, with more markets to follow at a later time. Earlier today, the Chinese media let the cat out of the bag and revealed that Nokia will host a special press event on January 7th. Seeing as how the Finnish company already gave us most of the details concerning the tablet last month, it’s pretty safe to assume that the said event will serve a different purpose. As such, the January 7th event is expected to be a launch pad for the Nokia N1, which is likely to become available for purchase the very same day.

Judging by all the details provided by Nokia, the N1 will be a pretty powerful Android tablet that comes with the additional benefit of being surprisingly cheap for what it offers. According to the announced list of specifications, the Nokia N1 will be 6.9 mm thick and sport a 7.9-inch display with 1,536 x 2,048 resolution. The device will also come equipped with an Intel Atom Z3580 quad-core processor clocked at 2.3 GHz, 2 GB of RAM, and 32 GB of internal storage memory. Other specs include a large 5,300 mAh battery, an 8 MP primary camera on the back, and a 5MP front-facing secondary snapper.

The Nokia N1 will be powered by the Android Lollipop operating system, although the exact version hasn’t been revealed yet. What we do know however is that the operating system will feature Nokia’s own Z Launcher. As for the price, the company said that the Nokia N1 will end up costing the equivalent of about $249 in China. Pricing for other markets has been been announced yet, but it should be more or less similar to what customers in China will pay for it.