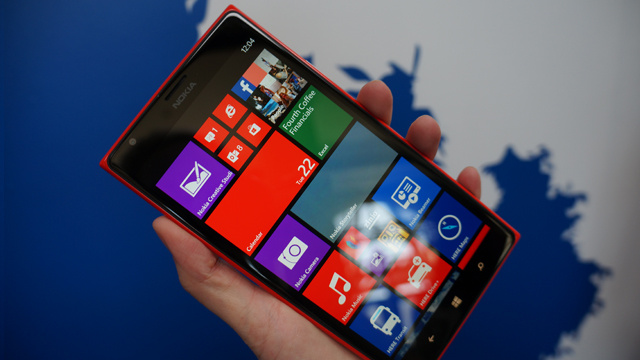 The Nokia Lumia 1320 “phablet” smartphone offers a large display at a reasonable price, but beyond that, the device doesn’t have anything else that could make it stand out from the crowd. Its successor however, is expected to improve upon the old formula while also adding a really nice feature to the mix. The tentatively named Microsoft Lumia 1330 recently visited the GFX Benchmark and we were able to find out a great deal of new details thanks to this. First off, the device will be similar to its predecessor in the sense that it comes equipped with mid-range specs, for the most part. However, there have been a few improvements this time around, with the most noticeable one being that the Microsoft Lumia 1330 is sporting a 14 MP PureView primary camera.

Complementing this impressive camera is yet another “selfie” shooter on the front, this time with a 5 MP sensor. The benchmark test also reveals that the handset will feature a 5.7-inch display with 720 x 1280 resolution, which is actually a bit smaller than the one offered by the Nokia Lumia 1320. But while the Microsoft Lumia 1330 will come equipped with a smaller screen, the rest of its specs have definitely not received any downgrades. Specifically, the upcoming phablet will sport a Qualcomm Snapdragon 400 quad-core processor, 1 GB of RAM, 32 GB of internal storage memory, and an Adreno 305 GPU. The Microsoft Lumia 1330 will run on the Windows Phone 8.1 GDR2 operating system.

Microsoft haven’t announced a release date for the device just yet, but the big unveiling is expected to be made next March at the MWC 2015, which takes place in Barcelona. The Microsoft Lumia 1330 might come in different variants, although there are very few details regarding this aspect. The model that payed a visit to the GFX Benchmark and the FCC a bit earlier this year has the model number RM-1062. Other variants of the Microsoft Lumia 1330 include RM-1063, RM-1064, RM-1065, RM-1066 and RM-1067.