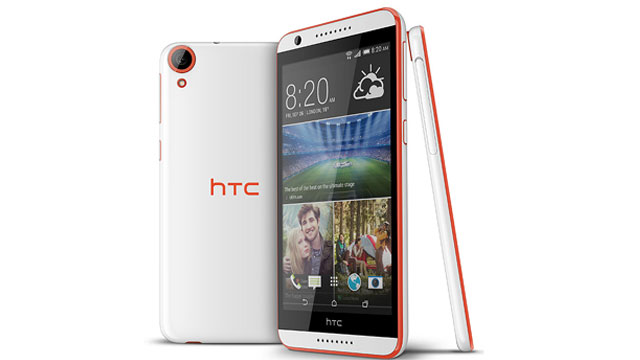 In a month, HTC is expected to launch its new flagship smartphone called HTC One M9 at MWC 2015 in Barcelona. But, it seems like the Taiwanese company prepares a new Desire smartphone too, called HTC Desire A55, and its specs have been leaked by @upleaks.

So, HTC Desire A55 is rumored to have a 5.5″ WQHD (2560 x 1440) display, an enormous resolution, bigger than HTC One M8. Its CPU is a 64-bit octa-core MediaTek MT6795 clocked at 2.0Ghz, paired with 3GB RAM, 32GB internal storage, 13MP or 4MP UltraPixel front facing camera alongside 20MP rear camera with LED flash. Its speakers will still have the BoomSound technology and the battery would have less than 3000mAh. As for the operating system, HTC Desire A55 would run Android 5.0 Lollipop with HTC’s latest UI called Desire Sense 7.0. Also, it will have Bluetooth 4.1 connectivity.

That’s not all, because @upleaks also said that HTC Desire A55 would be available in two variants, one for the EMEA region with single-SIM support and one for Asia with Dual-SIM support. The release date is rumored for this month and it would be available in 3 colors: white rose gold, gray and brown gold. Also, the smartphone will be compatible with HTC DotView.

Our advice is to take this information with a pinch of salt until the Taiwanese company will make an official announcement about this leaked device. Anyway, it seems that HTC has big plans this month, besides the press conference scheduled for 2 March, where HTC One M9 is expected to be announced.