The LG Watch Urbane was teased by LG in the last few days as the next wearable, round, stylish and fashionable circular smart watch that would compete against the (in)famous Apple Watch. The Apple Watch should be launched in April, and everybody (from Apple mostly) is hyping the product as something that will completely revolutionize wearable technology. Tim Cook thinks that once you try the Apple Watch, you won’t go back and will deem it as something you can’t even live without, which is rather arrogant in my mind. The LG Watch Urbane will be the South Korean company’s attempt to counter Apple’s aim to make the Apple Watch more jewelry than technology, and from what we’ve seen, they’re going to do a very fine job at it.

The Apple Watch price is said to go as high as $500 for the Edition… editions at least, which is sort of understandable given the fact that the chassis of the watch will be made out of various types of gold and other precious materials (that might not have anything to do with a smart gadget). Tim Cook and Apple in its entirety are already marketing their new tech as something that belongs in a jewelry store. In accordance with that idea, Apple stores around the U.S. are being turned into actual jewelry stores, as they are being outfitted with special scales for weighing precious materials and high-duty safe boxes to keep the precious cargo safe overnight. 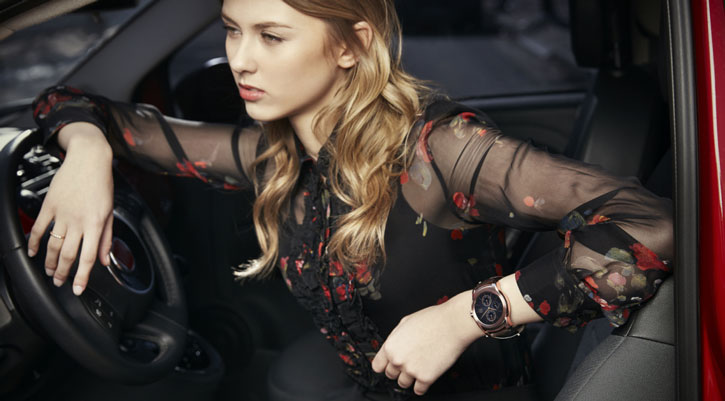 There’s nothing wrong with wanting to make a stylish smart watch, as demonstrated by the LG Watch Urbane, but Apple’s approach is faulty because it proposes the same old – same old smart watch, just repackaged and re-branded with a world-famous high-end company’s name. That wouldn’t be that much of a problem either and those truly interested in wearable technology will see right through that publicity stunt, to be fair. Still, the Apple Watch, as far as we know, doesn’t bring many new things to the wearable market. What it brings are minor features that most deem as surplus. The watch crown, for example, is not that innovative: it just allows the user to scroll, pan and zoom, in a rather cumbersome way. Force-touch isn’t that much more than a long-press. Even though these features are indeed new to the smart watch market, they don’t justify the “revolutionary” tag. What’s more is that the Apple Watch will need an iPhone as it won’t have any native applications whatsoever. On top of that, developers can’t really do what they want with the WatchKit either. They’ve actually informed us that their customization abilities are limited and the whole Apple Watch is more or less based on lists.

Regardless of what the Apple Watch will be, the LG Watch Urbane seems to be gathering more hype in a couple of days than Apple’s timepiece did in a matter of months. If you’ve read this far, you’re genuinely interested in why my tone of voice is so against the Apple Watch and what’s that price reveal the title is talking about. Now this is where the LG Watch Urbane will definitely beat the Apple Watch: it’s going to cost less than $400.  It’s definitely just as luxurious and it actually looks better with thinner bezels and that beautiful round watch face. No, I’m not pulling this information out of thin air, as a listing for the LG Watch Urbane has surfaced online and the price tag for the watch is set at exactly $368.99, which is not that expensive for a smart watch. 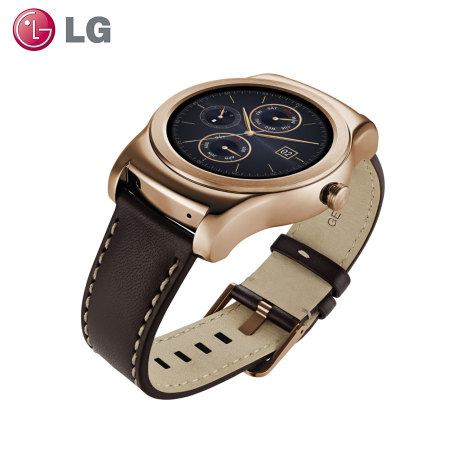 The LG Watch Urbane price and listing was spotted on MobileFun and you can actually pre-order the watch right now. The catch is that the watch isn’t actually gold, rather it has a golden finish on a metal body, but it still looks much better than the original LG G Watch R does. The bezels are considerably thinner and the number panel surrounding the display has disappeared. Granted, the LG Watch Urbane isn’t as luxurious as the Apple Watch as it doesn’t contain the precious metals Tim Cook’s playtoy does, but it still looks better. Since beauty is in the eye of the beholder, this is just my personal opinion regarding smart watch design. So far, the LG Watch Urbane is the most appealing smart watch I’ve laid eyes on, but it might not be the best one out of all.

Fact of the matter is that most likely, the LG Watch Urbane should have bigger success with customers because of two reasons: price and design. The relatively affordable price makes it a better buy, while the round watch face is much more complimentary when it comes to fashion. You will still need an Android smartphone to use the watch properly, though, so this one won’t revolutionize the wearable industry either. My rant in the second paragraph is still justifiable in my mind, but excuse my non-Applefangirl tone and know that I don’t intend to offend. If it were down to the design, would you rather choose the LG Watch Urbane or the Apple Watch? What about the principles behind each? Do you think a golden smart watch is a smart and fashionable purchase or is it just a vanity buy?