Ultrasonic gestures coming to a phone near you 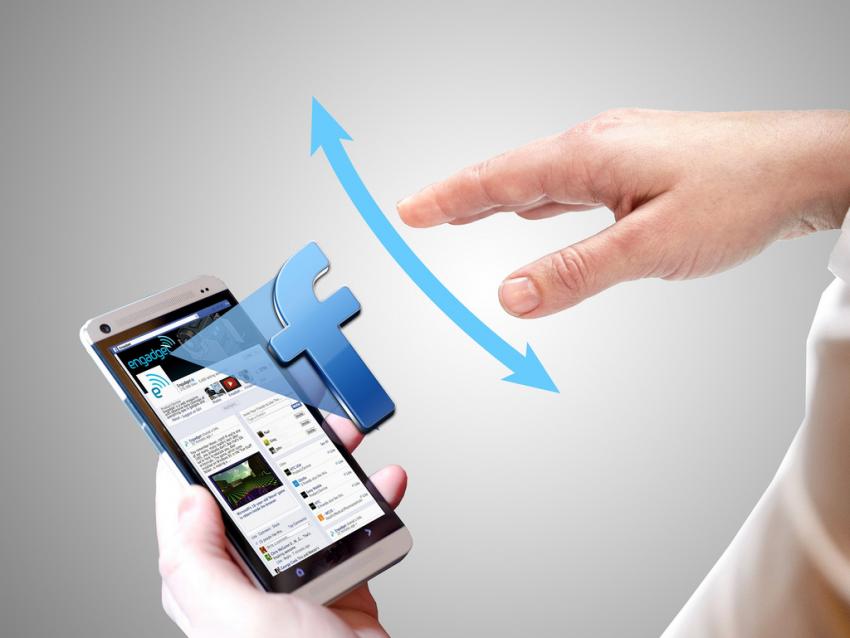 Ultrasonic gestures coming to a phone near you

The days when you activate or wake your phone using the usual tapping, swiping or pressing a button motions might be over, as new ultrasonic gestures technology is unveiled at the MWC 2015. Ultrasonic gestures will be the input of the future it seems, at least when it comes to smartphones. These gestures propose that users of smartphone don’t need to place their fingers on the phone in order to send commands to it, as their new technology proves that ultrasonic gestures can be captured by the phone’s sensors and translated into commands, sort of like IFTTT. Well, not really, but you get the point, I’m sure. Ultrasonic gestures are not gestures you make with the speed of sound, nor high-pitched sounds that would crack your grandmother’s glasses. They are just simple gestures, like raising your hands, bringing your fingers together, forming a fist, hovering over the display, snapping your fingers, bending your elbow, waving or anything else you can think of. The technology that allows these ultrasonic gestures to be recognized by the phone is intriguing, in fact.

You probably know smartphones out there which can recognized certain gestures from afar. Gestures that are already in use by companies like Lenovo, Allview, Samsung and more include hovering your hands over the display to turn it off, forming  a fist to set off the camera, or plain hovering above the screen in order to input the usual selections. These kinds of gestures are called touchless gestures, in essence and it seems some people consider them to be the tech of the future. Who knows? Just like touchscreens suddenly became the norm in the past 4 years, so could touchless interaction become the norm.

Elliptic Labs (neat video on their homepage) has demonstrated their ultrasonic gestures and the way in which they can be used in smartphone technology at the MWC 2015 today. According to the company, the technology will be implemented in smartphones as early as Q3 2015, so I’m definitely thinking about the next Lumia flagship right now. Windows 10 for Phones, Spartan with Cortana and more are set to be launched mid-2015, so we’re definitely wondering of Microsoft will consider implementing touch-less technology in their new Microsoft Lumia flagships.

The touch-less, ultrasonic gestures demonstrated by the company at the MWC 2015 show today involved various gestures setting off simple functions like taking selfies, pausing videos, starting music, waking the phone up, starting a video recording, etc. The technology in essence makes use of the phones’ microphones so that it can pick up ultrasonic signals that bounce off your hands. Does it sound familiar? Bats use a similar mechanism to see. According to Elliptic Labs, these touchless ultrasonic gestures will be used in order to scroll between pages, play games, interact with text and more. The concept is absolutely great, but can the implementation be as good as we imagine it to be? If you think of holograms and the way in which people in movies interact with them, ultrasonic gestures come to mind. If gestures could be picked up in such a way, and humans would be able to learn so-called universal touchless gestures that would trigger responses from their phones or set these triggers themselves, we might just be on the brink of a new era of input.