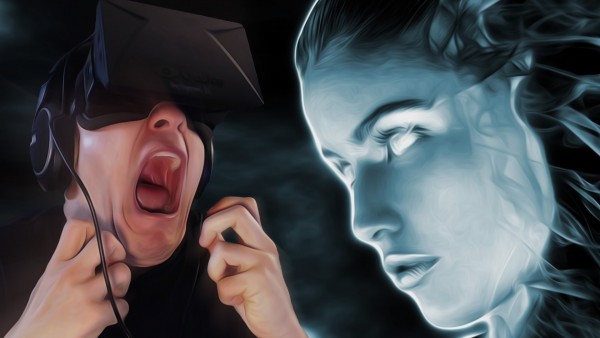 Oculus Rift was the story of the year in 2014, but since its announcement and release of developer versions, quite a few new virtual reality offerings have emerged, threatening the possible success of the venture. Valve and HTC-made Vive VR is one of the biggest competitors of Oculus Rift and according to HTC, it will be released before we hit 2016. The same thing was said about the consumer version of Oculus Rift a few months ago, reinforced a few weeks ago, but it seems Oculus might not be as ready as they were supposed to be with the consumer version.

At SXSW, Oculus founder Palmer Luckey wasn’t as confident about their VR headset as before, which is mostly understandable, seeing as the Vive is quite impressive. The involvement of Valve in virtual reality is certainly a big step and one that must have put a bit of doubt in the minds of Oculus Rift developers and Facebook, the new owner of the company. At the conference, Luckey went ahead against himself, and said that essentially, the 2015 release date for Oculus Rift is in no way confirmed.

A few weeks ago, Luckey had stressed that unless something went wrong with the development of the VR headset, it would be launched by the end of the year. At SXSW, he calmed spirits down saying that nothing has gone wrong with the development process for the consumer version. On the contrary, Luckey thinks everything is going “horribly right” for Oculus Rift, which is sort of an ambiguous statement. Overall, the outcome for the VR headset looks positive and everything seems on track, but the reluctance of Luckey to disclose an actual release date or at least a release window leaves room for speculation.

If Oculus Rift and the HTC/Valve Vive headset go head to head, it will be a difficult battle to fight and it will be even more difficult for fans to take sides, seeing as both these devices are extremely promising and innovative in their fields. The Oculus Rift has the advantage of gear like the Cyberith Virtualizer being developed for it, while Valve’s offering gets a lot of sensors and full 360 degree view and motion for the user. It’s definitely going to be a legendary battle, but we’re honestly hoping that both of these devices succeed. If you’re not familiar with what Valve’s VR headset can do, check this video out.