Nintendo NX Could Be Android Based 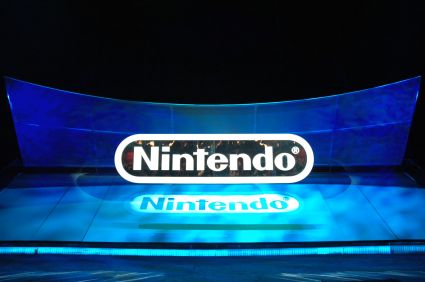 Nintendo NX Could Be Android Based

Nintendo is holding its cards close to its chest when it comes to the NX console, but small slivers of information occasionally get through. Nikkei, a reputably Japanese business newspaper, has reported that the Nintendo NX console will run on an Android operating system. You can see the article here, but note that you’ll need to know Japanese and be a subscriber to read the whole thing. Basically, the paper apparently has an inside source claiming the NX will be Android based.

What would an Android based console mean for Nintendo? Well, for starters, it would be a drastic departure from the company’s tradition of keeping fairly tight control over its products. Nintendo has always designed its operating systems in house and has historically been rather strict about the kind of content its consoles see (favouring family-friendly titles). An Android OS may also mean the Nintendo NX is a handheld console, though that seems unlikely. The 3DS is one of the company’s most successful consoles ever, while the Wii U has just about been a commercial failure. Replacing the latter with a new TV console would make the most sense.

While it may represent a major paradigm shift for the company, turning to Android brings its own advantages. Nikkei’s source states that the move towards Android is a result of the multitudes of third-party publishers turning away from developing for the Wii U. Having an Android based platform would mean developing for the console would not involve having to learn to code for yet another Nintendo OS. Another advantage from using Android is that it takes the strain of creating a new OS away from Nintendo, allowing them to focus on other things like creating games that will make buying the new console worthwhile. Not to mention the fact that the last OS Nintendo created, which was for the Wii U, takes fifteen seconds just to load the settings page. So it seems like they could use the help.

Another good reason for choosing Android is that Nintendo won’t have to pay for it. Google doesn’t charge for Android unless the manufacturer wants to use Google-branded apps, like Google Play or Google Maps (presumably Nintendo won’t use these). And that tradition Nintendo has of keeping tight control over its products is likely a contributing factor to the company’s current decline. Its vice-grip on its content has in many cases lead to the company shooting itself in the foot, such as its YouTube Creators’ Policy, which actually discourages Lets Players from showing Nintendo content on their channels. Handing the OS reigns to Android might help Nintendo learn to loosen up a bit.