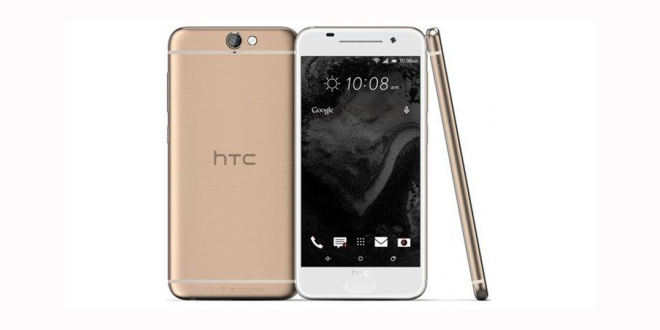 HTC One A9 might be set to be released in October 20, as HTC has sent invites for an online event. The HTC One A9 is not listed on the invitation, but we can expect the new HTC smartphone to be announced, because the company did confirm that they are using this event for a new phone reveal. The leaks are suggesting it could be a mid-range, iPhone inspired device and there are rumors about the HTC One A9 specs all around the web.

The HTC One A9 design looks like an iPhone 6s with a large top and metallic edges, having a power button below the screen, which may indicate a fingerprint scanner. Another leaked image reveals a 5.0″ FullHD AMOLED display, but the HTC One A9 could change it up to QHD and it could be protected by Gorilla Glass 4.

The cameras are a 13MP rear-camera and a 5MP front-facing camera according to a benchmark, also, according to the same benchmark HTC One A9 will use a Snapdragon 620 processor, 3GB RAM and 32GB storage. Then again another benchmark said that the HTC One A9 will use a 1.96 GHz deca-core MediaTek Helio X20 SoC with 4GB RAM, which seems a little bit exaggerated as A9 is not part of the main HTC flagship line.

As for the OS it will surely run on Android 6.0 Marshmallow they even said on the invitation ‘the new Marshmallow from HTC’. The cost is unpredictable just because if it’s going to be a high-end smartphone the price will be accordingly.