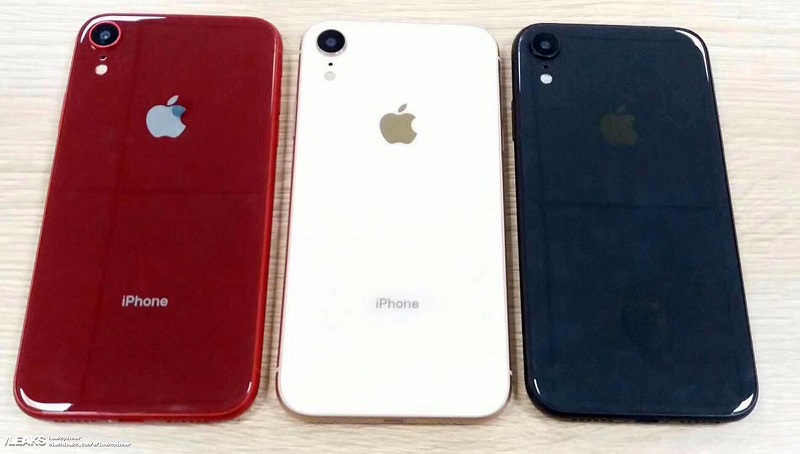 Apple is set to unveil several new devices later this week at the Apple Event, with a few of them being from their iPhone line. While most talk has been focused on the powerful iPhone XS, we’re getting more information on the rumored cheaper model of the phone.

Rumors suggest that the company will be releasing a 6.1-inch LCD iPhone this year, which will reportedly be called the iPhone XC. This is accompanied by a leaked image that shows off three different color variants for the phone, which are red, white and blue. You can check out the image below (via engadget.com)

This of course needs to be taken with a grain of salt, as there have been plenty of leaks of colors for previous phones that never ended up seeing the light of day. These colors don’t necessarily line up with the colors that the company typically launches with, so it’s possible that what gets announced later this week is totally different.

However, one thing that does seem legitimate is that a cheaper model of the iPhone X is coming, whether it’s called XC or not. When the X launched last year it was at a price range that was well beyond what most were willing to fork over for a phone, so releasing a cheaper model makes a lot of sense.

The Apple Event is set to take place on September 12th, where we’ll get all of the details on the latest iPhones as well as the Apple Watch Series 4. We’ll be sure to bring you all of the announcements as soon as we can.