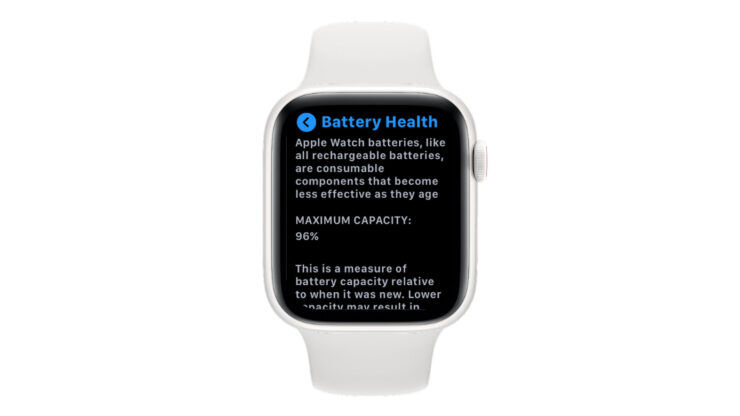 There were lots of announcements made by Apple during its WWDC 2020 keynote, and the Apple Watch had its fair share of them. While there were several big things that were worth noting, there were some smaller things that went under the radar that definitely shouldn’t be overlooked.

One of those is the fact that watchOS 7 is going to display the overall battery health stats of a user’s watch. This means that the phone will let you know when it’s a good time to replace your battery, or just upgrade to a new model of the Apple Watch altogether. A percentage will be displayed showing how much of the battery’s capacity you are able to use, which will hopefully be most of it for as long as the average user owns one before upgrading.

Apple users will know that this feature has been available for iPhones, which came as a result of the company quietly throttling the performance of older devices to preserve battery life. Of course, once this was discovered, the company quickly issues an apology and is now much more open about a users battery health. Now they’re able to track their phone’s battery health whenever they want, and will understand why their battery’s suddenly not holding a charge for very long.

Apple Watches have smaller batteries than those that are present in iPhones and iPads, so issues may arise for power users down the road. However, some users have reported that they’ve checked the battery health for their Apple Watch Series 3 devices (which is coming up on its third birthday), and the battery health was still near full capacity. This will vary depending on the user and how much you use your device, but it’s promising for those wanting to hold onto one model for several years.