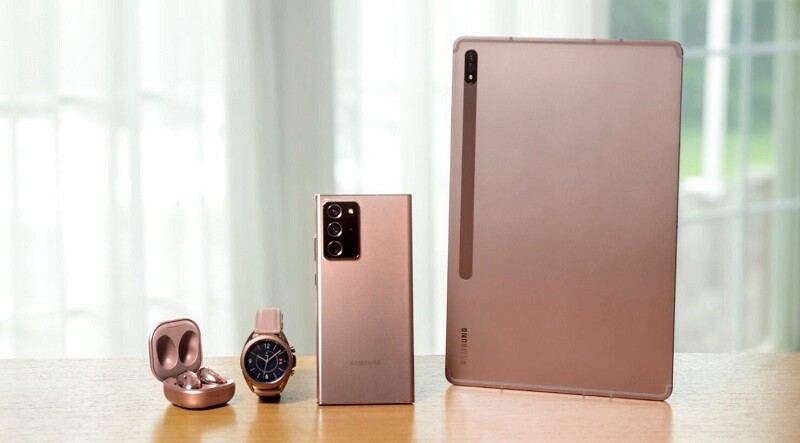 Samsung is set to have its major Samsung Unpacked livestream later today, where they will officially unveil several of their upcoming devices. However, it looks like they were beaten to the punch as a major leak took place that already let everything out of the bag.

Evan Blass leaked pretty much the entire product lineup that Samsung is set to announce today, which includes the Galaxy Note 20 series, Galaxy Z Fold 2, Galaxy Tap S7, Galaxy Watch 3 and Galaxy Live Buds. While it’s true that we’ve heard just about all of the devices featured here, the leak further confirms them and reveals the final design of the products.

The Galaxy Note 20 series includes new color variants, including Mystic Bronze and a Green option. There will be three cameras positioned vertically on the back of the device, along with other sensors. The S Pen functionality for the device also received new information thanks to the leak, including a lot of new enhancements.

The Galaxy Fold 2 was also revealed, which shows that the devices display is much bigger than that of the original Fold. The display is nearly edge-to-edge with the Fold 2, which will serve as a big upgrade for those looking to do so.