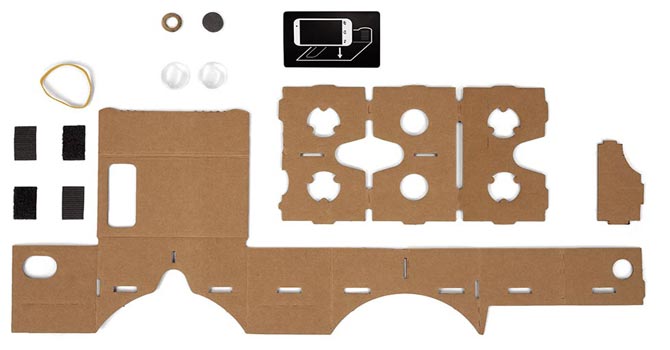 HTC is doing it, Oculus is doing it, Samsung is doing it, Sony is doing it, Epson  is doing it, but Google is letting you do it yourself: virtual reality and Google Cardboard together make the ingredients for the recipe of success. Google Cardboard is the cheap VR that everyone can DIY no matter where they are, with minimal investment. Google’s vision for VR reflects the recent maker trend that has been taking over media and communities and involves low-cost options for early adopters.

Oculus Rift and other virtual reality headsets tend to be expensive and Samsung’s Gear VR gadgets also need either the Galaxy Note 4 or the Galaxy S6 to work, both of which are among the most expensive Android smartphones out there. VR has not been made accessible to the masses, which is why it hasn’t taken off that well yet. But since HTC and Valve have both started marketing and distributing the HTC Vive to early adopters and developers, and Oculus Rift is readying their own consumer version, people are more and more interested in VR. But these gadgets are still not accessible, and that’s what Google wants to change with Google Cardboard.

The Google Cardboard price is at around $5, and it contains some cardboard, some magnets and some lenses and it works with most of the smartphones that money can buy, so it’s accessible to almost anyone who’s interested. With Google Cardboard, the Mountain View giant is demonstrating that you don’t need to spend years and fortunes on development to make a product that fits everyone’s preferences. Google Cardboard is what will get VR going in the commercial space of things, and many are saying that they’re even cancelling their Oculus Rift orders because of (or rather, thanks to) Google Cardboard. Whether they’re getting ahead of themselves or not, only time will tell.

Google Cardboard is easy to make, or you can even get it for free, if you’re willing to wait a couple of weeks. There’s a multitude of apps and games, as well as guides as to how to use and build Google Cardboard from scratch. The plans are free and you can get your hands on materials around the house, in the convenience store or online, as lenses can be a bit difficult to find. Nonetheless, you can create your own VR headset with a minimal investment of a couple of bucks, which is significantly less than what Oculus Rift, Samsung Gear VR, Epson Moverio, Project Morpheus and others need.