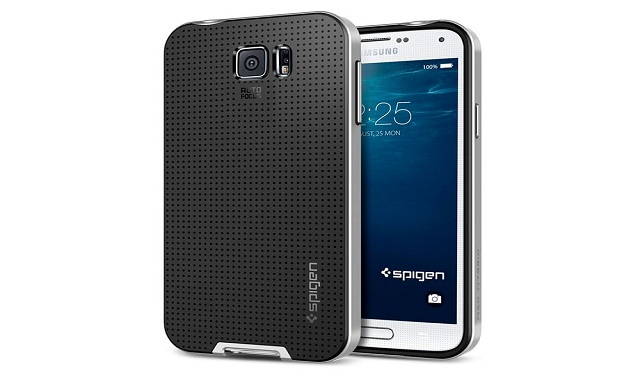 The Galaxy S6 is definitely the most awaited smartphone of the year. As a result, many rumors hint that Samsung’s forthcoming flagship will innovate when it comes to design. Even the South Korean company has said that future handsets will be made using new materials, so Galaxy S6 won’t be made out of plastic.

Recently, the casemaker Spigen has published a few pictures with Galaxy S6 cases, showing us details such as camera and heart rate sensor position which are different when compared to the Galaxy S5. Spigen has been accurate with their leaks about design elements for Android devices, showing them publicly on its own cases ahead of their official announcement.

Right now, their pictures are somewhat confirmed by another accessory maker through a few leaked schematics which reveal the smartphone’s design. Also, now we know the exact measurements for the forthcoming flagship. So, Galaxy S6 measures 143.52 x 70.70 x 7.19 mm (Galaxy S5 measures 142 x 72.5 x 8.1 mm). As you can see, Galaxy S6 will be slightly taller, narrower and thinner when compared to the Galaxy S5. The leaked schematics also reveal some design elements. For example, the heart rate sensor is placed on the right side next to the camera. Also, the speakers seem to be on the bottom side, not on the back, a design element we have seen on Galaxy Alpha, too.

My advice is to take this information with a grain of salt until Samsung will reveal the Galaxy S6 at MWC 2015 in March. In the meantime, make sure you check out the said schematics below, courtesy of Nowhereelse.fr. 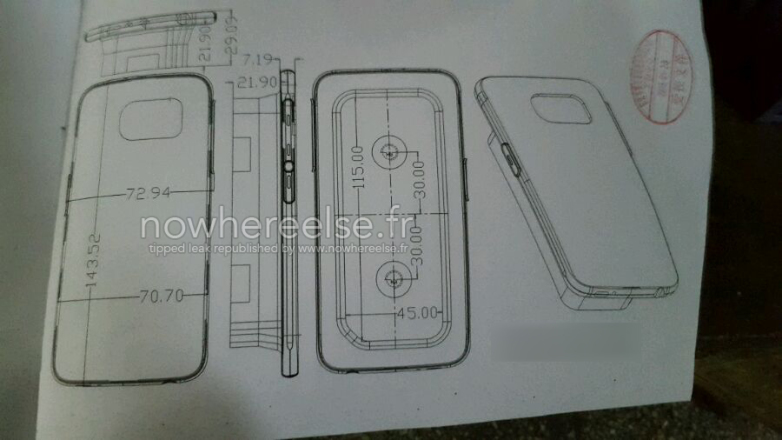 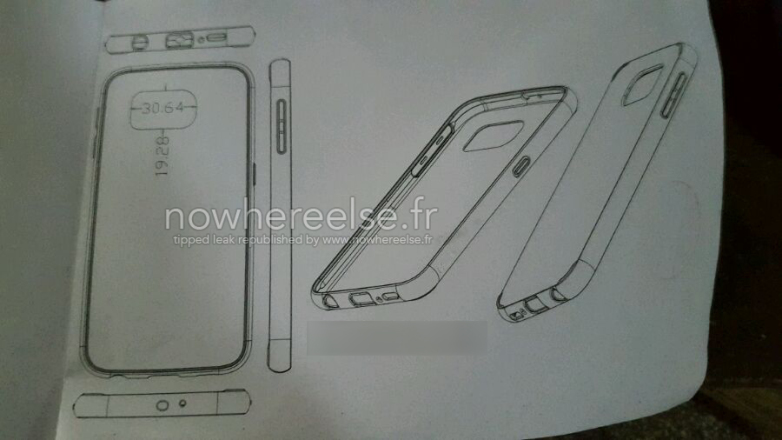 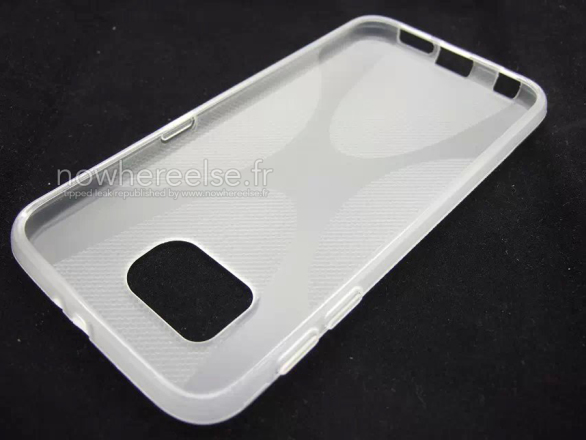