HTC One M8 vs OnePlus One camera comparison smackdown 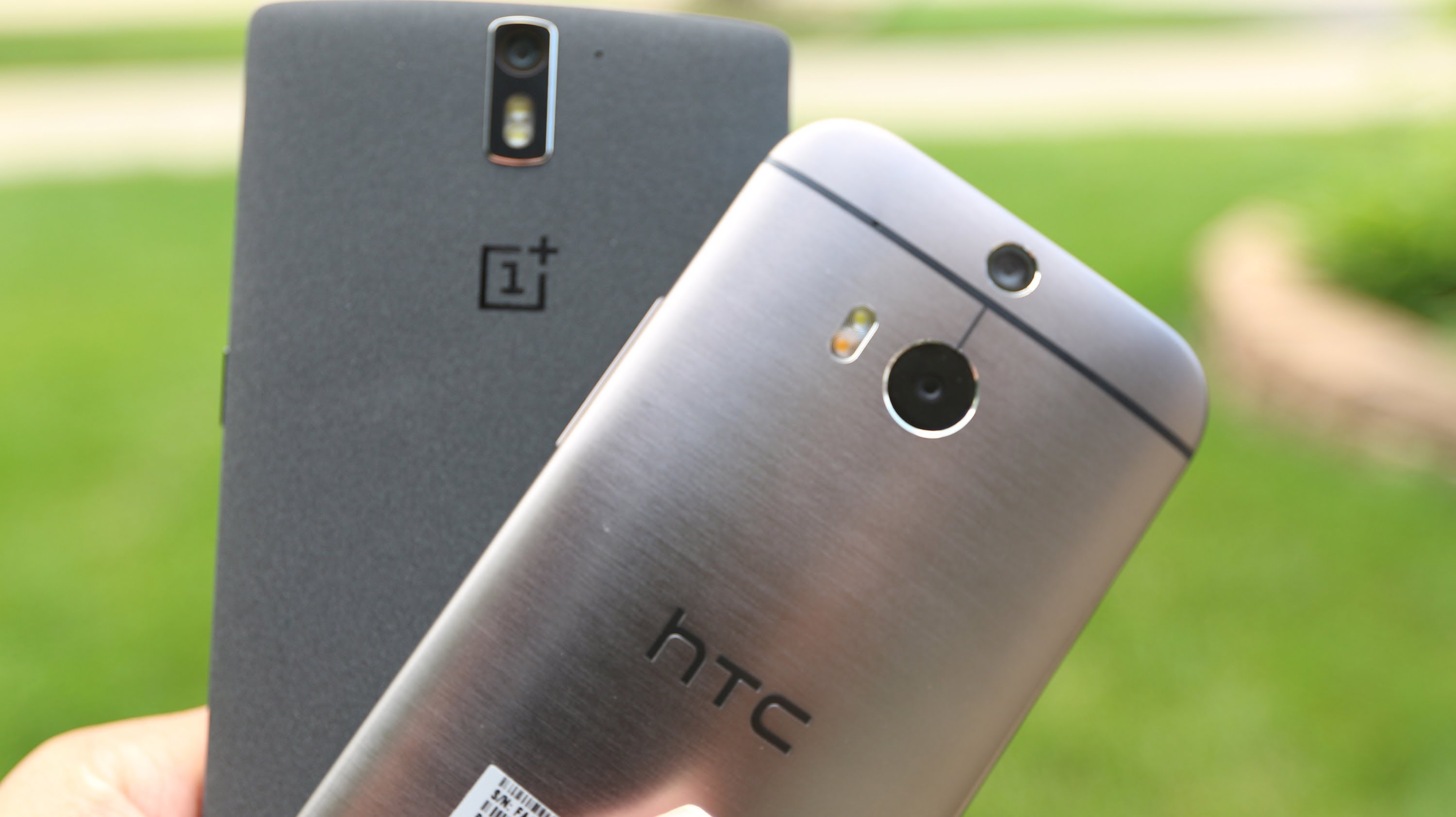 HTC One M8 vs OnePlus One camera comparison smackdown

The HTC One M8 was one of the greatest smartphone launches of 2014 and still is considered as one of the best flagship smartphones on the market. Except for one problem: camera. The HTC One M8 camera was one of those risks that the company took in order to stand out from the crowd and while the camera on the device is far from being bad, it’s far from being as good as anticipated. Although fans were not particularly delighted with the HTC One M8 camera, they did not mind it that much and the Taiwanese smartphone manufacturer fixed it all up once they launched the HTC One M9.

The HTC One M8 was and still is a good and popular flagship, but in 2014, we also saw the rise of another smartphone: the OnePlus One. The OnePlus One was dubbed the flagship killer from the beginning, as it competed against high-end devices like the HTC One M8, Samsung Galaxy S5, LG G3, Oppo Find 7 and iPhone 5S with an unbeatable price. Those who were skeptical about the OnePlus One price and what it could actually do for such a cheap one quickly changed their minds upon getting to know the device. The OnePlus One came in at $300 unlocked a pop for the 16 GB version and most if not all reviewers were taken aback at what this new Chinese company of about 80 people could do.

The OnePlus One, much like the HTC One M8, demonstrated that a good flagship that is popular among smartphone enthusiasts doesn’t have to have everything the others do, but it does have to stand out. While the OnePlus One stood out with its excellent price point and CyanogenMod custom ROM, the HTC One M8 stood out with its excellent metal design and BoomSound speakers. But neither of these stood out in the camera department and that’s what we’re trying to figure out right now. In this HTC One M8 vs OnePlus One camera comparison, we will explain what people liked and disliked about the HTC One M8 camera and about the OnePlus One camera and which can be considered the better device in the photography department.

It is important to note that no matter what phone you have (maybe except the Galaxy S6 and LG G4), smartphone photography is still not DSLR or professional photography, so never have expectations too high when going smartphone shopping and are looking for a good camera. Almost all new flagships come with great cameras that perform surprisingly we,, but that didn’t seem to be the case last year with the HTC One M8.

First off, let’s get the tech specs out of the way and see what the HTC One M8 vs OnePlus One camera comparison has to rely on. The HTC One M8 camera is a 4 MP Ultrapixel sensor on the rear, complete with an extra depth-sensor for those neat background and foreground blurring effects that you can use. On the front, the flagship has a mighty 5 MP shooter which has proven itself to be quite useful and high quality, The rear camera features 1/3” sensor size, 2µm pixel size, automatic simultaneous video and image recording, geo-tagging, face/smile detection, HDR, panorama and of course autofocus and a dual-LED flash. You can also shoot 1080p video at 60 fps, which is rather admirable and can actually use HDR while recording. The HTC One M8 is also equipped with stereo sound recording, so the sound quality of your recorded videos will definitely be above average.

Although all of those specs sound impressive, the OnePlus One camera might surprise you. The setup consists of a 13 MP shooter on the rear, complete with autofocus, dual-LED flash, panorama, HDR, face detection, touch focus and geo-tagging and a 5 MP front camera. Although things sound pretty similar so far, the OnePlus One has the advantage of being able to record 2160p video at 30 fps, next to the 1080p video at 60 fps, so that’s a plus. The front cameras on the HTC One M8 and OnePlus One are the same and both can reconrd 1080p video at 30 fps, but only the HTC One M8 front camera can add HDR to the mix.

Although opinions are split about the Ultrapixel camera in the HTC One M8, most people tend to agree that it was not the best move on the company’s part. The camera produces images a 2688*1520 resolution, which for 2014 is acceptable, but maybe not in its rightful place in the flagship market. The camera performance of the HTC One M8 is good if we’re thinking speed and responsiveness, but it lacks the post-processing prowess, as it were.

Although the Ultrapixel sensor and depth sensor combination in the HTC One M8 is good in theory, it does not produce as high quality images as you would expect, and that’s because of post processing. Now the camera has been improved a wee bit since Eye Experience and the new Android 5.0.2 update came around and will be improved even more once Sense 7.0 hits the HTC One M8. But that still leaves us wondering how come HTC didn’t focus more on post-processing from the beginning.

First off, the HTC One M8 camera does not handle low-light conditions at all. It can use flash, but then it overexposes quite visibly and quite annoyingly, but without flash, the pictures that you get are noisy, streaky, blurry and unstable, as if they were taken with a much inferior optical sensor. If you can manage to do some manual settings and set up your shot properly, then the One M8 will perform decently in low-light conditions, too, but for on-the-spot snapshots, it’s not the best choice out there.

Another problem with the HTC One M8 camera that is very common on any smartphone that was launched in the past couple of years is overexposure. Overexposure is when whites in the shot “bleed into” the environment and cause your photo to be whiter than it should be, or brighter than it should be. The HTC One M8 does have overexposure issues and even though people tried meddling with settings and manual settings to fix it up, it couldn’t be completely obliterated. Now that doesn’t mean that all your photos taken in brightly lit spaces will end up overexposed, but it does mean that you need to give yourself a minute to set up the shot so that you can avoid direct sunlight, for example.

The OnePlus One camera on the other hand seems a bit more balanced compared to the HTC One M8 camera. Except for flash. That’s one of the big problems with the OnePlus One: flash makes the photos look plain ghostly and overexposed and the flash itself isn’t very good. But low-light photography is a bit better with the OnePlus One and it doesn’t overexpose bright areas that much. It does occasionally serve you a rubbish photo that isn’t worth squat, but that happens fairly rarely compared to the HTC One M8.

When lighting conditions are optimal, both the OnePlus One and HTC One M8 can shoot wonderful photos, but what we’ve noticed about the latter device is that it does get confused, so to speak, on occasion. Instead of serving up a simple photo, the HTC One M8 serves up a photo with red or blue hues, depending on lighting conditions. Is not the most common occurrence, but it does tend to happen when you expect it least, which is bothersome.

That being said, you should know that both these cameras are perfect for taking Instagram photos, the occasional family portraits, selfies, snapshots and panoramas. You will be able to go by your day and take the occasional photo without too much hassle. As long as you’re not looking for super-high-quality photos and super-fast shooting speeds, both the One M8 and OnePlus One come equipped with all that you need.