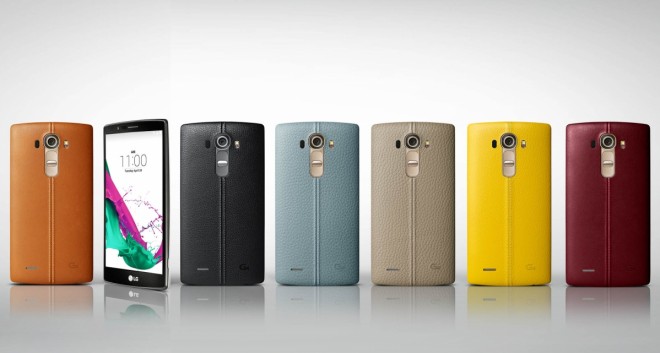 The LG G4 was just launched, and it comes with everything that people miss from the Samsung Galaxy S6, including a removable battery and a microSD card slot. The LG G4 follows in the footsteps of last year’s LG G3 marvelously, improving where necessary and giving users a smartphone that is just as appealing as any other flagship, even though it’s not a full-metal device. Many were wondering about the LG G4 battery life before purchasing the new phone, because the QHD display and new hardware might have a problem with each other on occasion. But that doesn’t seem to be the case with the LG G4 battery life, according to our own experience, as well as tons of reviews that have already been published online.

LG is taking a rather interesting approach with the LG G4, one that is quite different from how Samsung marketed the Galaxy S6 and HTC the One M9. When you buy an LG G4, you will not only get the flagship with the back panels of your choice, but you will also get an extra battery, charging cradle and a 32 GB microSD card, all in one package. The LG G4 price is set at about $600 unlocked, and with the extra goodies from LG, it’s well worth the price. But is the LG G4 worth it? If we look at display, design and specs, we’d say yes. But what about the LG G4 battery life? Is it a good investment or will you be swapping batteries all day long?

According to our tests, which are real-life tests with real hoomans using the phone as their daily driver for a week or so, the experience is good. The LG G4 battery life is about the same as the LG G3 battery life, which is a very good sign for the first week. Of course that might change over time, but our initial tests show stable battery life, good performance and optimized interface. Although the LG G4 battery life is not exemplary, it is impressive.

In our brief time with the new flagship from LG, we discovered that the LG G4 battery will last for a day and a half on a single charge (with a sleep-break of 6 hours), with heavy use. We set the brightness to about 50 % during the day and used both Wi-Fi and LTE, although the latter for less time than the former. We were surprised by how well the LG G4 battery handled our use, and it is certainly comparable to its predecessor. Although it could have been better, LG truly did a good job on their flagship.

What we liked most about the LG G4 was the fact that on the second day, when the battery completely drained while brainstorming in a run-down coffee-show with an awesome atmosphere and no plugs, it was a breeze to switch the battery out. Full battery in a matter of seconds, isn’t that blissful? Even if the LG G4 battery life is not above average, it still is a step towards the future in optimization. The massive QHD display and Snapdragon 808 work well with the 3000 mAh battery.

With light use, and no Facebook at all, the LG G4 battery life increased dramatically for us. At the end of the second day, we still had 30 % charge left in the battery, which is rather impressive. Note that this was a performance obtained with light use, by which we mean calls, 15 minutes of LTE, about an hour of social media in total, and a lot of messaging. The browser might have been used for 10 minutes to check out a few news articles, and Google Maps was used to navigate a 1.5 track, which took less than 20 minutes, and that was about it.

Our verdict about the LG G4 battery life is: good. It’s impressive, but it won’t blow you away. It’s average, maybe a bit above in certain scenarios. The thing everyone needs to remember is that battery life isn’t the same for everyone. Our usage patterns might be inherently different from yours and affect power consumption differently. These opinions are just a guideline as to what you can expect from the newest flagship from LG. Let us know about your own experience with the LG G4 battery life once you get your hands on this baby. If you’re wondering if it’s worth it: I say wait a bit more. The LG G4 price will definitely drop a bit in a couple of months, and you’ll be able to get it for less than $500 unlocked, which is a much better deal. But yes, it’s worth it nonetheless.