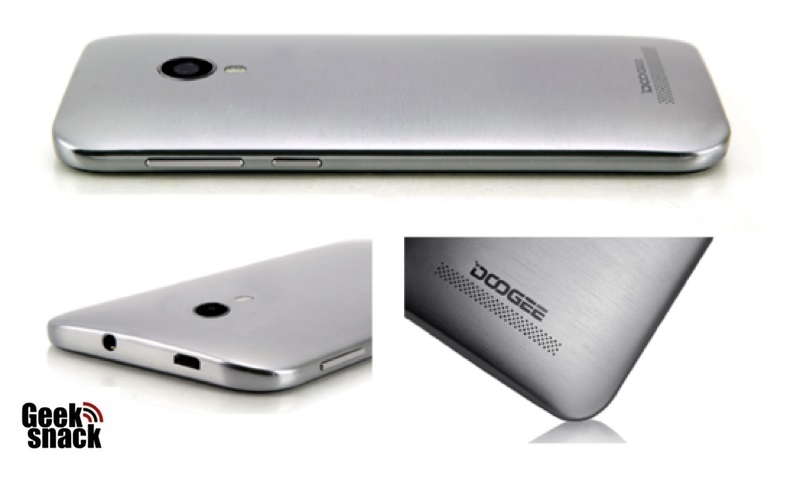 When it comes to Chinese smartphones, it’s hard to choose a good one. Not because Chinese gadgets are low-quality, but because there are millions of choices, 90 % of which are enormously appealing. That’s the case with one of the upcoming smartphones Doogee, the Valencia 2 Y100 Pro. The name is a mouthful, but so are the specs of the device, in a good way. Doogee is not well-known in the U.S., but the company has every intention of becoming a big player. Although the name Doogee sounds a bit silly, there’s nothing silly about the Valencia 2 Y100 Pro, or at least what we’ve found out about it.

The neatest part is that we found out the price. The Doogee Valencia 2 Y100 Pro price is set at $119.99, according to our inside sources. Doogee wants to reach a balance with their new release in a way that will appeal to customers and keep them satisfied, all the while providing them with an affordable price. The  Doogee Valencia 2 Y100 Pro will be a phone bordering flagship specs, but staying in the mid-range category. There are some trade-offs according to our sources, so we will see if the phone will be worth it in the end.

According to our sources, the  Doogee Valencia 2 Y100 Pro will be launched with a 5.0 inch 2.5D display with a 720p resolution, so that’s where the trade-off happened for the affordable price. QHD displays are kind of the norm here, but Doogee manages to balance their lower resolution display with a 2.5D panel that will seem brighter and sharper than a traditional IPS panel. Even if we would love to have a QHD display on the phone, the truth is that for the price, it sounds decent enough. Moving on, the design of the  Doogee Valencia 2 Y100 Pro is said to be iconic, as the company will be employing the recently trendy bezelless design.

The  Doogee Valencia 2 Y100 Pro will have a bezelless appearance, with virtually no bezels on the sides. Doogee, judging by the leaked photos, has kept the bezels small on the top and bottom of the phone, too, which give the gadget a premium appearance that will definitely catch on with many of you guys. I for one, love bezelless displays, and I can’t explain why. They’re not actually functional and don’t really have a lot to add to the interface, but they look awesome. My two cents on the matter. 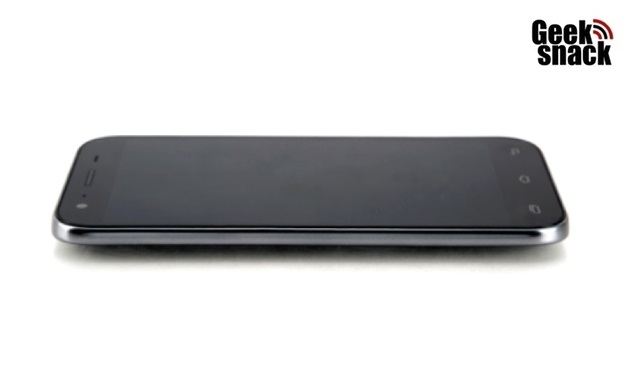 Doogee has big plans for the Valencia 2 Y100 Pro

Doogee wants to balance things out, as I’ve said earlier, which is why the  Doogee Valencia 2 Y100 Pro will be equipped with 4G LTE, a pretty powerful 64 bit MediaTek MT6753 CPU clocked at 1.5 GHz, 2 GB RAM and 16 GB internal storage, expandable via microSD card. The phone will reportedly run on Android 5.1 Lollipop out of the box, which is still a rarity as Lollipop has only climbed to about 15 % presence on devices across the world.

The camera setup on the  Doogee Valencia 2 Y100 Pro is also admirable, as our sources tell us that not only will the phone be a great selfie-snapper with its 8 MP front-facing camera but a high-end standard shooter, too, with a 13 MP Sony camera o nthe back, complete with flash and a few software tweaks to facilitate great low-light photography. Now that’s something we’re going to have to test for ourselves! Smartphones are notoriously bad in low-light, so if Doogee can overcome that with the  Doogee Valencia 2 Y100 Pro, count us in! Hell, count us in for two of ’em. One for you guys, of course.

According to the leaked specs given to us by a person close to the company, the  Doogee Valencia 2 Y100 Pro will get a rather standard 2200 mAh battery, which should provide for two days of average use on a single charge, thanks to the low-resolution, power-efficient display. We don’t know how well that battery will hold up if the camera is as good as advertised, though. People will be abusing it if it takes truly good low-light pictures.

One of the more interesting scoops that we got our hands on is that while the  Doogee Valencia 2 Y100 Pro will run on Android 5.1 Lollipop, users will be able to access root and flash Xiaomi’s MIUI 6 OS or even CyanogenMod 12.1, which could be very appealing as it builds on the good reputation OnePlus got for the same trick. Another news-worthy scoop is that while the  Doogee Valencia 2 Y100 Pro won’t get a full metal unibody, it will sport a metal back, so a premium feeling is pretty much guaranteed.

So guys, what do you think? Is Doogee going to be the company to master low-light smartphone photography? We hope so, because somebody has to do it already. Samsung’s Galaxy S6 is on the right track, and so is the LG G4, but they’re not there yet. Although the  Doogee Valencia 2 Y100 Pro is unreleased, Doogee have published a teaser video to show off the design of the phone and you can check that out below. Any takers?