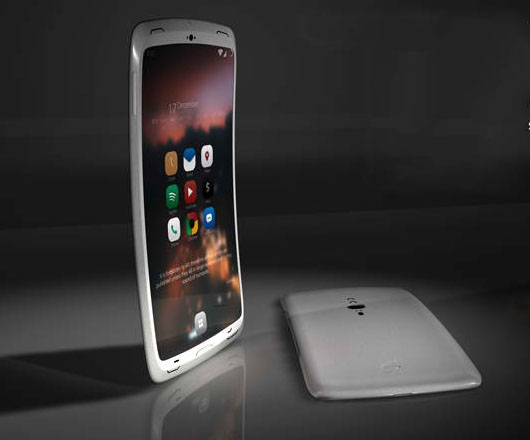 One can’t prevent rumors from spreading, which is why the Samsung Galaxy S7 is already being talked about in the tech community. With the Galaxy S6 and Galaxy S6 Edge, Samsung raised expectations by a lot for the rest of the models that the South Korean company will release from now on. The Galaxy S7 is no exception, and neither is the Galaxy Note 5.

Some chirps have been going on in the industry, and certain acquisitions, as well as certain advancements made in tech are leading up to a few new things that Samsung will most likely display on the upcoming Galaxy S7. But first, when is the next flagship coming? Based on history of Samsung device releases, we should expect to see the phone at the MWC Mobile World Congress 2016, which is to be held between February 22 and 25.

LG has launched the LG G Flex 2 with a flexible display and Samsung made considerable advancements with the Galaxy Note Edge and Galaxy S6 Edge. The company will most likely keep that direction and continue innovating in smartphone display technology. As such, rumors suggest that the Galaxy S7 display will be flexible, bendable and super resistant. At the same time, sapphire glass is being mentioned, as well as haptic feedback as seen on the Apple Watch and new MacBook. It’s anybody’s guess right now, but odds are leaning towards a flexible display.

An edge-to-edge, curved, flexible and durable display is being predicted for the Galaxy S7 by the tech community, and all odds point to them being at least partially right. Smartphone display technology is one of the more popular areas of the industry to fiddle with, and we have already seen edgeless displays at LG and Sharp, while flexible displays and batteries have been show off by Samsung themselves. With that in mind, seeing such a display innovation in the Galaxy S7 is anticipated.

The Samsung Galaxy S7 will certainly have improvements, and if the current display theory holds ground, that’s about all that we should expect from the new flagship. Performance and battery life should be greatly improved, but the design, in most people’s opinion, will not change. And we’re glad to hear that. With the Galaxy S6, Samsung proved that it can do well when it comes to design. One can now buy a phone that looks and feels premium that has a Samsung logo on it. Ever since the Alpha, the company has been improving its design and devices’ performance. The only thing left to change is TouchWiz.

Sources say TouchWiz will be replaced when the Galaxy S7 comes out of its shell, as the company has been working on a new UI for quite some time now. Tizen is out of the question,  but sources tell us we should expect a surprise from the software department. By the time the Galaxy S7 comes around, Android M will have been launched, and the company is expected to keep its Android affiliation, so to speak. That leads us to believe that we’re looking at a new TouchWiz, with less of a cartoonish feeling to it, hopefully.

Although official information about the Galaxy S7 is not available, and probably won’t be for the better part of this year, checking out rumors can give us a great idea about how each company will advance in the future and how technology will be developed to new horizons. We do expect a few leaks to begin popping up soon enough, so stay tuned.