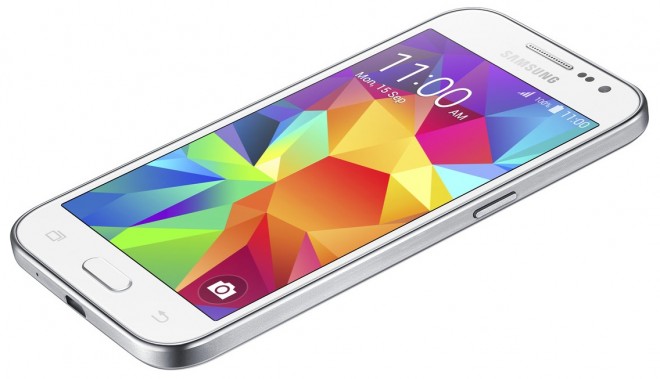 Last month, Samsung started updating the budget-friendly Samsung Galaxy Prime smartphone to Android 5.0.2 Lollipop. Although Android 5.1 Lollipop is still further down the lane for the main Galaxy line-up such as the Galaxy Note 4 and Galaxy S5, the Galaxy Prime is also on the list to receive the newest update from Google. Our sources tell us that the Galaxy Prime update will arrive sooner than expected, in the first half of July. That being said, take it with a grain of salt, as Samsung has not released official information about their update schedules as of yet. Nonetheless, our tipsters have informed us that thanks to their knowledge of the Galaxy Prime update schedule, we can safely say that most Galaxy S5 and Galaxy Note 4 smartphones should be getting Android 5.1 Lollipop this month.

The Galaxy Prime from Samsung is a budget-friendly mid-range smartphone that you can buy unlocked for about $175, which is pretty acceptable for a mid-range phone. Samsung Galaxy Grand Prime G530H/DS Factory Unlocked Phone – Retail Packaging – Gray

is the cheapest offer we’ve found, if you’re interested in getting your hands on the gadget. Its specs aren’t out of this world and the Galaxy Prime still carries the older design language of the company which doesn’t employ metal, but overall, the mid-ranger is a good deal.

The Galaxy Prime or Galaxy Grand Prime by its full name comes with a 5 inch display that has a 540*960 resolution that adds up to about 220 ppi pixel density. It comes with a Snapdragon 410 CPU clocked at 1.2 GHz quad core, backed by 1 GB RAM and 8 GB internal storage with a microSD card slot available for expansion. The camera setup of the device is pretty good keeping in mind that this is a cheap-o phone: an 8 MP shooter on the rear with an LED flash and autofocus and a 5 MP shooter on the front. The rear camera can shoot 1080p video at 30 fps, which makes it a pretty good deal. The main competition of the Galaxy Prime is the Moto G 2014, with which it compares pretty nicely.

Even though Android 5.0.2 Lollipop and Android 5.1 Lollipop will not rid the Galaxy Prime of TouchWiz, both these updates will improve the user interface and speed up performance considerably. Those who have already updated their phones to Android 5.0.2 say that battery life has improved and the overall smoothness of the UI has also received a boost. The extra features and bug fixes that the Android 5.0.2 update brings to the Galaxy Prime are welcomed, although some don’t appreciate the new lock screen notifications system.

Our sources are pretty convinced that the Galaxy Prime Android 5.1 update isn’t far in the future, and they did suggest that the mid-ranger might even see the OTA this month. We’re leaning towards the more probable July update release date, though, as the Galaxy S5 and Galaxy Note 4 should receive the OTA sooner than the Prime. Whichever the case may be, let’s hope Lollipop improves the UI in the end for the Galaxy Prime and fixes bugs that users have been having with Android 5.0.2 Lollipop, too.