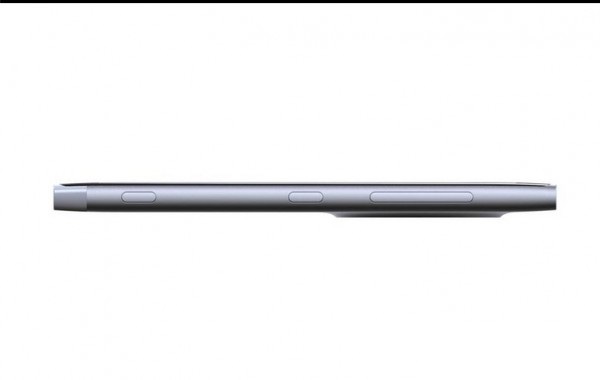 Although Microsoft is popular today for their amazing E3 presentation involving the Microsoft Hololens, the new Xbox One Elite controller (which is grossly overpriced at $150) and the new cross-compatibility features of Xbox, there is other news about the company that is exciting not only to gamers, but to Microsoft Lumia fans. A new Microsoft Lumia 1020 successor image has been leaked by notorious evleaks (no surprise there), and it’s looking pretty neat. Or rather not neat at all, as the leaked image is as blurry as photos can get, obviously a gross tease from Mr. Blass. Nonetheless, it’s a good hint at what’s to come from Microsoft in the Microsoft Lumia department this year.

According to the picture, which doesn’t say much and it depends on how you look at it, the Microsoft Lumia 1020 successor will have a massive camera with optical zoom, but the image suggests that the company found a way to eliminate (or at least minimize it to the size that you can see in the render above this post) the huge bump that Carl Zeiss optics and optical zoom would require. Take this with a grain of salt, but if Microsoft did figure out how to minimize the bump, they’ve got a winner. If they outfit the phone with a big battery, too, we might be looking at the best flagship of 2015. Windows 10 is going to launch for mobile in August most likely, so that’s when we expect to see new phones.

As such, the Microsoft Lumia 1030 release date would be set for sometime in August, as would the Lumia 940 release date be set – but there might be delays there. First of all, the Lumia 940 should be the first flagship to be launched, soon to be followed by the Lumia 1020 successor, which is allegedly called the Lumia 1030. These dates are not precise, and certainly not confirmed by the company, but they’re as close as we can hope to get to the truth at the moment. The Lumia 940 is exciting, but more people are interested in the Lumia 1020 successor, as it will have a massive 51 MP camera, according to our sources.

The Microsoft Lumia 1020 successor will allegedly improve on many levels: it will get a bigger display, a better camera, Windows 10, a bigger battery, a fingerprint sensor and a an excellent octa core processor, supposedly a new model, still unannounced, from Qualcomm. We might be looking at the first camera smartphone to sport the Snapdragon 820. If that rumor is true, the Lumia 1020 successor will not only be a powerhouse, but it will be late. If it will be shipped with that processor, the Lumia 1030 release date would be delayed to at least Q4 2015, if not early 2016. Regardless, it would be an excellent combination, don’t you think?

Microsoft is sure to come forth with new information about the Lumia line-up soon enough, as they did promise new flagships for 2015. Whether the leaked Lumia 1020 successor image from Evan Blass is real or not will be revealed when the Redmond giant actually spills the beans about what it’s planning for the year, aside from the HoloLens of course, which by the way, will revolutionize gaming, augmented reality and possibly even the television industry. We’re excited, are you?