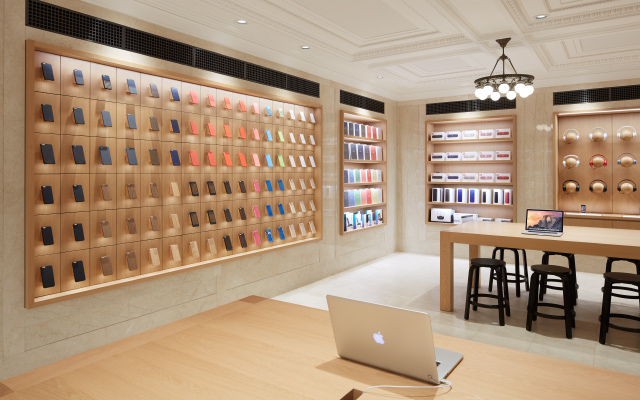 Well, not actually designer boxes, but Apple accessories from third parties are getting special boxes, designed by Apple. The Cupertino-based company has announced that all third-party accessories from their stores will come with their own special Apple-designed boxes and fans of the premium brand are wondering whether this move is good or bad, and how it impacts perception of brands on a large scale.

One commenter said that people will be able to tell original Apple accessories apart from third-party ones by checking the price tag, which is a good deal higher when it comes to original products. The downside of this move is that not all third-party accessories will have these Apple-designed boxes, and as such, those without them, will no longer be sold in Apple stores, which might raise a problem for customers. Since Apple usually sells the more expensive brands, like Mophie, people who would like to save a bit on accessories after spending a buttload of cash on an iPhone, iPad or what have you, will have to turn to other retailers and won’t be able to get their stuff directly from Apple stores.

According to Apple, they’ve been working with accessory manufacturers for six months in order to co-design boxes. Starting next week, the changes will be applied to the stores all around the U.S. and online. They’ve disclosed that most of the new boxes will be white and with simple fonts, to keep the minimal look people seem to like alive. The first Apple accessories to be sold with these new boxes will come from Mophie, Tech21, Incase, Logitech, Life Proof and Sena. Other manufacturers might be added to this list, but there’s no information available about that aspect of the changes as of yet.