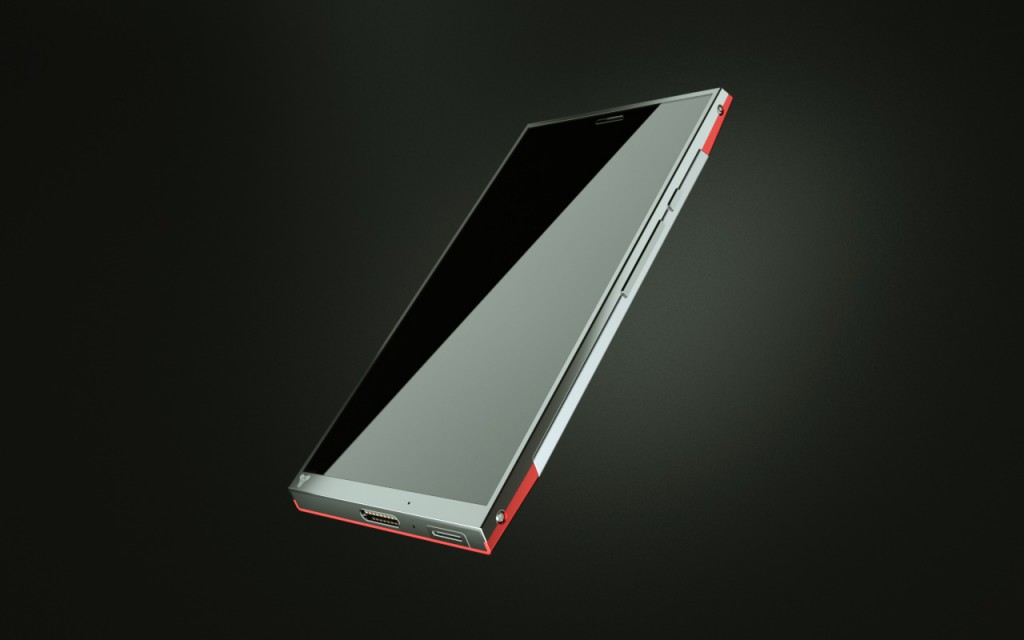 Smartphones are a lot about design, yet you don’t see a lot of innovation in the field. The most recent was by Samsung with its edge display on the Galaxy Note 4, but otherwise, design tends to revolve around a premium build and as little bezels as possible. And that’s not very interesting, to be honest. But the Turing Phone has taken a slightly different approach to design and is offering a premium experience for a not-too-expensive price point. The Turing Phone was announced recently by Turing Robotic Industries, and while it does not stand out that much, its design, in my opinion, is exquisite and encompasses everything premium should mean in the smartphone industry.

The Turing Phone boasts not only with a sleek metallic, futuristic design but with flagship features, a secure interface and of course: a durable build. According to the company, the Turing Phone is built from liquid metal, which is apparently called Liquidmorphium. This material is said to be stronger, harder and more durable than both steel and titanium, which is why the Turing Phone can be considered virtually indestructible. 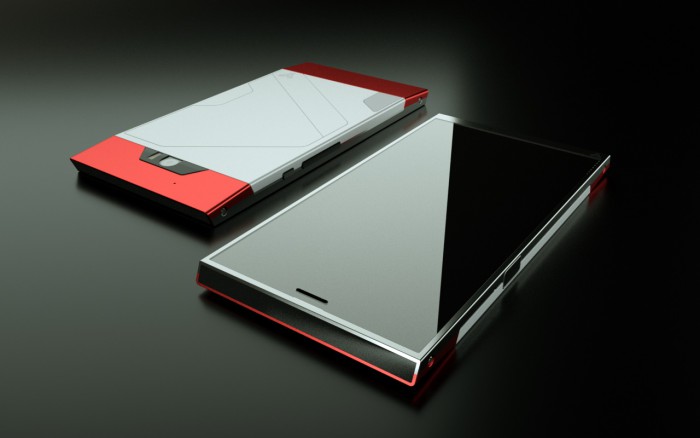 We know too well that nothing is indestructible, but that doesn’t stop companies from making devices that are close to that extreme, and that is the case with the beautifully designed Turing Phone. Moreover, the device comes with a Binnacle Ocean Master nano-coating, which means this phone is IPx8 waterproof, which is a feature many would like to have nowadays. Before running down features, you need to check this design out and tell me if I’m wrong to be as excited as I am about it.

The Turing Phone chassis is made of metal, it comes with a shiny unibody, and the back panel is colored in a faint grey and red, which gives the phone a futuristic, yet minimalist appearance, which I genuinely appreciate when it comes to technology. The phone is rather thick, but it manages to stay classy with chrome edges and red edges around the bottom, giving it a very symmetrical, pleasing appeal. The color-block design and color technique is apparent in this phone’s design and it reflects the 2015 fashion trends that incorporate this design rather well.

Its specs and features are amazing, but it remains to be seen whether performance and user experience will live up to expectations. The Turing Phone features include a fingerprint sensor on the side of the phone, temperature sensor, humidity sensor, gyro, compass, accelerometer and of course, proximity and light sensor. The display measures 5.5 inches, so the Turing Phone is more of a phablet than anything  else and it comes with an FHD resolution of 1920*1080, giving it a 401 ppi pixel density, the same as with the iPhone 6 Plus. 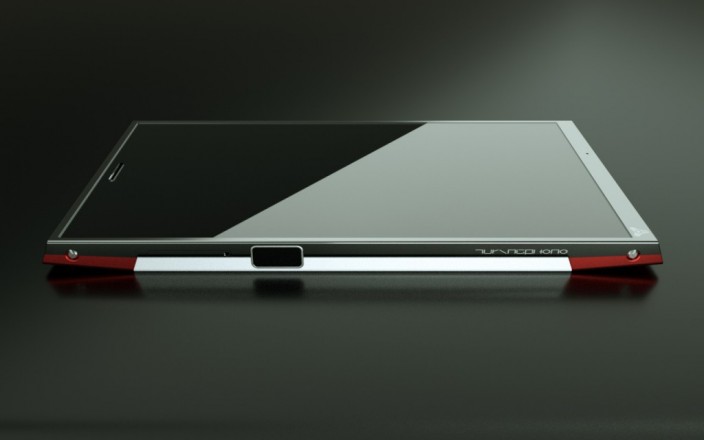 The Turing Phone has a fingerprint sensor on the SIDE

A slightly outdated Snapdragon 801 CPU is running the show, backed by 3 GB RAM and either 16, 64 or 128 GB internal storage. The chipset is from last year’s flagships, such as the HTC One M8, Samsung Galaxy S5, LG G3 and Moto X 2014, so it’s a good processor, but it would have been neat to have at least the Snapdragon 808 on board for an added future-proof feeling. The Turing Phone camera setup is comprised of a 13 MP rear camera and a massive 8 MP front camera.

The Turing Phone takes a lot after new Chinese smartphones from Mlais, Mstar, Gionee, Blueboo, Elephone, Ulephone, Oukitel and others, and I mean that purely by the number of features it includes for the price. Although the Turing Phone price is certainly not the affodable type, it does pay for itself with all the features that it comes with.

I’ve saved the best for last, though. The Turing Phone is competing directly against BlackBerry with its security features, by using a decentralized-authentication process for when users are exchanging data. The interface for this is similar to what BES12 enterprise systems offer to their customers, which means end to end encryption, privacy and security. Android 5.1 and a proprietary skin complete the user experience, which is rather promising at this point.

Now for the downsides! The Turing Phone has one major flaw at this point: proprietary magnetic charging, which might not sit well with those of us that are already stocked up on chargers and stuff that come with microUSB connectors. Still, it’s not such a big deal, so I wouldn’t recommend looking over the Turing Phone just because of this small quirk. The Turing Phone release date is set for later this Summer, and pre-orders are set to start on July 31st. The Turing Phone price starts at $610 for the 16 GB version, $740 for the 64 GB version and $870 for the 128 GB version.