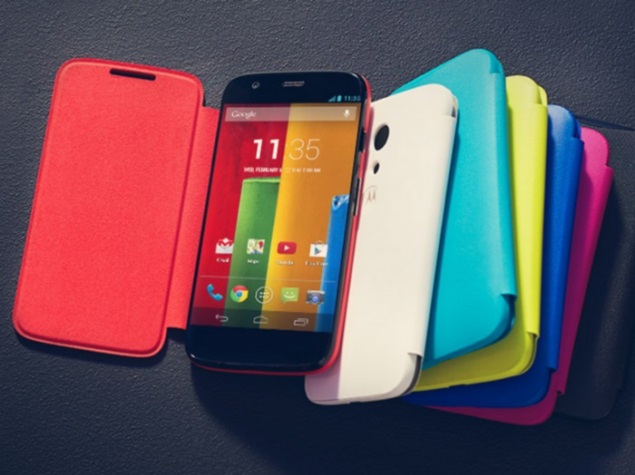 Motorola has launched a pretty nice batch of phones in the past few months, including the Moto G 2014, Moto X 2014, Moto E  and Moto E 4G 2015, Motorola Droid Turbo and the Motorola Nexus 6. The company (now owned by Lenovo) threw in the awesome Moto 360 smart watch as well, to add to the appeal of the company. And the strategy worked, as Motorola once again gained a lot of popularity among North American and Indian consumers, increasing their market value. But Motorola has more to show for itself and it looks like we can get an early preview of what the company has planned for the rest of the year.

A new Motorola Droid, Droid Mini, Moto X 2015 and Moto G 2015 leak has revealed possible bits and pieces of the game plan for the year, and it looks rather interesting. The company has to compete against the Asus ZenFone 2, the iPhone 6 and 6 Plus, Galaxy S6 and a whole lot more this year, so it’s going to be a difficult run. Luckily, the company managed to create a hefty fanbase around their products this year and new customers are bound to pick up on the new trend. 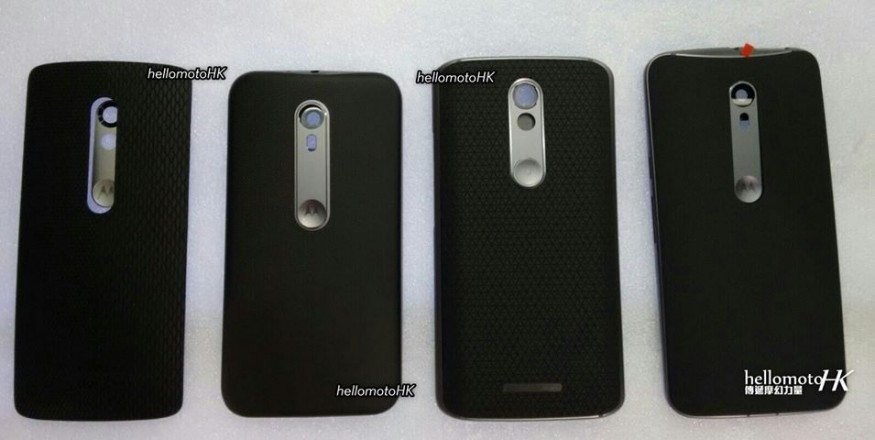 The leaks that we’ve come across thanks to HelloMotoHK are interesting, as they portray 4 different smartphones that the company is working on. The Motorola Droid Turbo, Motorola Droid Mini, Motorola Moto X 2015 and Motorola Moto  G 2015 are showing off their back panels in a new leaked photo, and while one could mistake the panel for an LG G3 or LG G4 smartphone, the representative Motorola dimple is on the back, embedded in a metal tray that holds the camera module and flash as well.

The design of each phone is unveiled a bit, although the front of each is not visible in the leaks. The Motorola Droid Mini looks most like the LG G4, with a smooth back panel and a sleek rectangular design with rounded edges. It’s a taller design than the next Moto G 2015 back panel in the image. This one is visibly shorter and fatter, as you would say, and suggests that the Moto G 2015 display will stay at 5 inches when it is launched. The third back panel is that of the Motorola Droid, as we can see a rugged material, most likely kevlar, encasing the whole phone. On the bottom of the Motorola Droid, we can see what looks like a speaker placeholder. 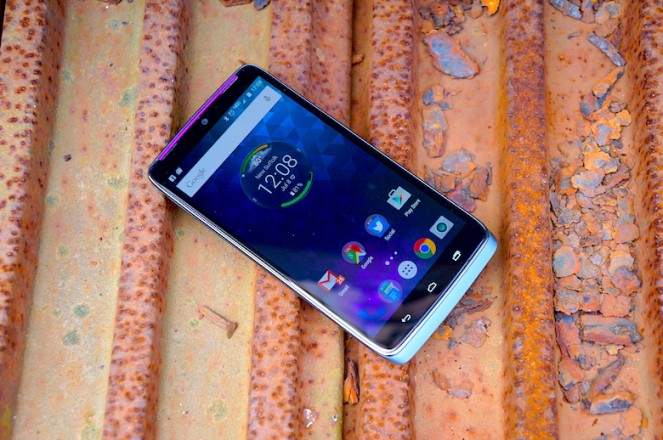 The Droid Turbo was a pretty big hit

The fourth smartphone in the latest leaked image is the Moto X 2015, and it looks a lot like the 2014 variant and the Nexus 6. The dimple and camera setup are separated by a rather long metal bar, which could have a trackpad incorporated. A tip we received suggests that Motorola will include a new input for the Moto X 2015 and this might be it. But since the volume and power buttons are visible on the sides, we can’t think of too many useful functions for a trackpad on the back of the phone. The metal frame and metal dimple look rather sassy, though. 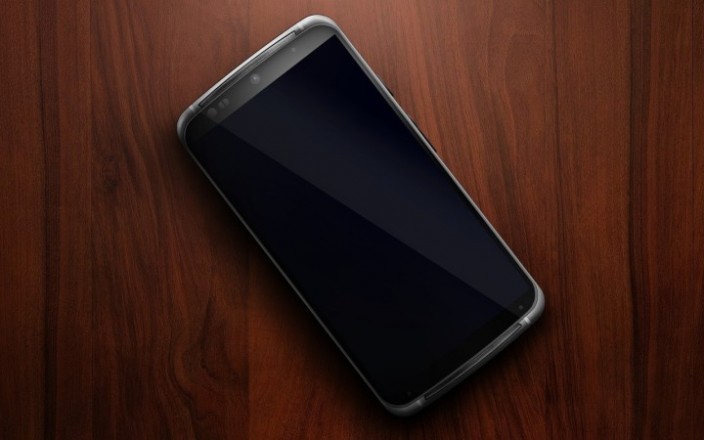 The lineup looks great, or at least the back of it, but we’re a bit more interested in what there will be under the hood. The Motorola Droid will most likely have multiple variants available over at Verizon, including a waterproof version, but it will also come with the Snapdragon 810 CPU, 3 GB RAM and 64 GB internal storage. A 5.2 inch QHD display will adorn the front of the Motorola Droid, and there are rumors about sapphire glass being in the mix, too. It will support wireless and fast charging with a large 4800 mAh battery and it will sport a 16 MP camera module on the rear and a 5 MP module on the front.

The Moto G 2015 will stay a mid-ranger with a Snapdragon 615 CPU, 2 GB RAM, 16 GB storage, 8 MP cameras on the front and back and a 2500 mAh battery that supports fast and wireless charging. A 5 inch 720p display will still be on the new mid-ranger, leaving Motorola with a better performing, but not that sharp display. The Droid Mini will be less impressive than its big brother with a Snapdragon 615, 2 GB RAM, 13 MP camera, and a smaller 3800 mAh battery unit. The screen will only measure 5 inches, but it will have a FHD 1080p resolution, which sounds pretty good for a Droid Mini, compared to the last we had. Finally, the Motorola Moto X specs are supposed to be impressive, so we’re betting on a Snapdragon 820 (because the Moto X 2014 could have done better on the market if it had a stellar performance), backed by 4 GB RAM, 128 GB storage (probably for an extra $50 compared to the 64 GB model), a 16 MP camera with optical image stabilization, a 3000 mAh battery and a fingerprint sensor. 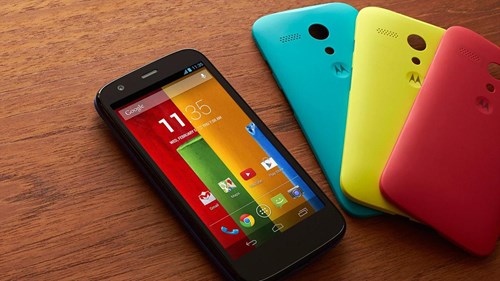 Moto G 2015 and Moto Maker will be a great combination

Sounds pretty interesting right? If these rumors are true, Motorola could pull off another stellar year, but only time will tell. The leaked Droid, Moto X, Moto G and Droid Mini images are unofficial, so for all we know, they could be dummies made in the garage to throw people off. On the other hand, Motorola devices do have a habit of getting leaked, so it’s possible these back panels are the real deal. Regardless, take this with a grain of salt. All we know for sure is that Motorola is preparing a new line-up, and we’re interested already!

As for pricing and availability, rumors has it that the Moto G 2015 and Moto X 2015 release date coincide with the next IFA conference. The Motorola Droid 2015 should arrive by the end of the year, while the Droid Mini could be launched alongside either of these batches. Price-wise, we really can’t say, because the price can depend on a lot of different factors. Hopefully, prices will stay as affordable as they did with the 2014 releases of the Moto G, Moto X and Droid Turbo.

Nexus 5 2015 gets silent treatment from Google
Is the iPod Touch still necessary in 2015??