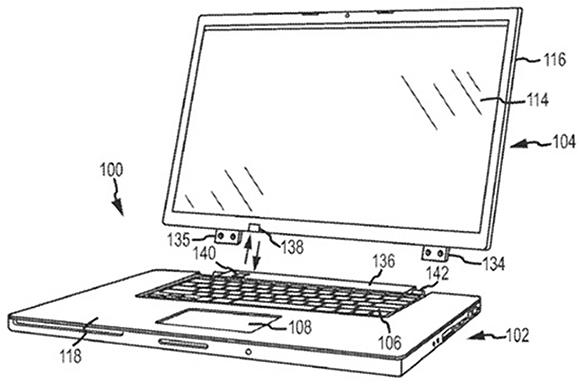 Apple has had a great 2014 and started off 2015 a bit bumpy with the Apple Watch and the new MacBook line. But there’s more in store for Apple this year, and it involves both tablets and iPhones. Besides the iPhone 6S and iPhone 7, people are also anticipating a refresh of the iPad Air and iPad Mini line-up, which is where the Cupertino-based company will most likely surprise the most. Various reports about the iPad Air being scraped have been flowing in from unofficial sources, stating that the iPad Air as we know it will be replaced by something much more impressive: the iPad Air Pro.

Take this with a grain of salt, but industry insiders are cautioning people not to expect the iPad Air to show this year. While the iPad Mini 4 is still on track, But the iPad Air Pro is the focus of journalists and tech enthusiasts, as there are a bunch of new features that are rumored to be introduced to the Apple product line-up with this new oversized tablet. Although the iPad Air and iPad Air 2 have been launched to overwhelmingly positive reviews, many users are missing features that would make the tablets unique. The iPad Air Pro aims to change that, although it will compromise in certain areas.

The iPad Air Pro release date coincides with that of the iPad Mini 4 and another mysterious device, which might be a new iPad Pro or a new Mac. The third device is a mystery, as there are only a few unofficial statements from people saying they’re “insiders” or “close to the matter” stating that three big launches are to be expected this Fall. The iPad Air Pro release date is tipped for November, although that does refer to the public release rather than the launch event itself. The iPad Air 3 as some might call it will most likely be launched in October, after the iPhone 6S or iPhone 7 release concludes.

Although previous iPad editions have been truly remarkable when it comes to performance and quality, nothing really stood out, save for Touch ID on the 2014 models. Tim Cook and co. are planning to change that approach and mix things up a bit, seeing as convertible devices are en vogue right now in the industry. As the Surface Pro 4 approaches fast, Apple would not want to compromise by releasing a standard tablet with nothing that stands out. Which is why there’s the new name involved in the engineering of the iPad Air Pro as well: rethinking the approach, one might say.

Our own insiders tell us that we should expect the iPad Air Pro 2015 features and specs to compete with top of the line notebooks and convertibles from Microsoft, Asus, Acer, Lenovo and more. Although the main competitor for the Apple tablet will be the Surface Pro 4 (or the Surface Pro 3, if the 4 doesn’t get released this year), the iPad Air Pro will also deal with various typologies of consumers who like versatility. With that in mind, Apple will include Touch ID, a projector, as well as a magnetic keyboard (like the ones launched by Typo recently) and a foldable kickstand on the rear.

iPad users usually have to buy cases if they want their tablets to be versatile and multifunctional, which while a good strategy for a lasting partnership between Apple and third-parties, the business model of Microsoft seems to be working a bit better. A powerful computer with every accessory supplied by the manufacturer would have more pull in the community as it promotes the ecosystem that many are already fond of. Although specifics about the projector and the design of the iPad Air Pro have not been revealed, one can imagine that Apple will end up launching a device that’s premium, and based off of multiple existing designs as well as a touch of Jony Ive in the mix.

When it comes to performance, iPad Air Pro specs are over the top, at least according to our sources. A new chipset, which remains unnamed at this point, will be introduced with the iPad Air Pro, which contradicts rumors about the Apple A9 chipset (which is said to be in the iPhone 7) being present in the next iPad. The name that we’ve received, iPad Air Pro, also contradicts various reports suggesting that only an iPad Pro will be launched this year, Which side is right will only be revealed when Apple spills the beans about what’s to come.

There will be improved camera setups on the iPad Air Pro, and the projector the company will be using will be even better than those used by Lenovo in their Yoga line-up, and those are pretty darn good indeed. Besides having a projector, the iPad Air Pro will also come with a magnetic keyboard and stylus, to make the device a true multitasking beast, especially fit for office work and editing work. Specifications will be over the roof, but there’s no word on whether Apple plans to innovate in the battery life department as well. Adding a projector to the mix will surely bring up power consumption in the iPad Air Pro, which might be a challenge to resolve.

Nonetheless, the iPad Air Pro is shaping up to be rather interesting and a game-changer in the tablet/convertible industry. The industry of convertibles is arguably new, so making a stand with a new device would not be that big of a deal. But since it’s Apple, we’re assuming everyone will flock to the “new” features as never before, even though most of the features enumerated in this article are not novelties. Regardless, if Apple wants to impress with the new iPad Air, the company needs to address performance as well as features in an equal manner. That might induce the compromise I was speaking of earlier: pricing. Our sources tell us not to expect the iPad Air Pro price to be below $1500, which is quite a lot to pay for a tablet. But it’s a reasonable price for a convertible, which is why we’re leaning towards the belief that Apple is going to approach a new type of consumer this year. Stay tuned, we’ll keep you updated as soon as we get new leaks in.

Matt DavisSeptember 29, 2022
Read More
Scroll for more
Tap
Galaxy Note 4 bugs and issues: three ways to get rid of them
Apple’s iPhone 7 will be the first eSIM – SIMless smartphone