iPad Air 3 rumor round up – price, features and release date 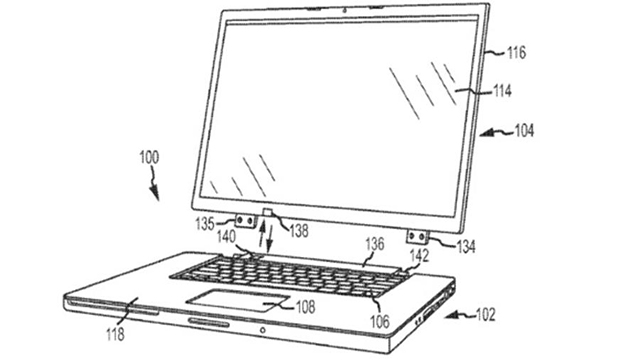 iPad Air 3 rumor round up – price, features and release date

Apple launched the iPad Air 2 last year in October to overwhelmingly positive reviews. The addition of a high-resolution display, Touch ID and improved performance and design quickly made the iPad Air 2 a crowd favorite. The time for a reboot is approaching fast and people are already talking about the iPad Air 3. Although there isn’t any certainty that an iPad Air 3 will be launched this year, as many think the Air line-up will be replaced by a new “pro” line-up, there are still rumors going around about a supposed iPad Air 3 and its features.

The iPad Air 3 release date should roughly land in October or November, as the one-year release cycle of the iPad Air 2 ends. Apple has not confirmed anything about the new slate or what it intends to do with the tablet line-up of the company, but many insiders are certain that we are in for some sort of surprise. While some say the surprise will be an iPad Pro, others think that the iPad Air 3 will come in as a new product, not just as the usual tablet. Insiders say that the iPad Air 3 will be the first multifunctional device in the true sense of the word that Apple launches, and they might be right.

Convertible devices like the Microsoft Surface Pro 3 and Surface 3 are becoming widely popular as notebook replacements, and this is emerging as a new trend in the tablet industry. Although MacBooks are insanely popular still, there is demand for an Apple convertible that would sit between the iPad Air 2 and the new MacBook. That would become the iPad Air 3 or the new iPad Pro, depending on what Apple decides to do this year. Maybe they will launch the iPad Air 3 as a simple successor to the tablet portfolio and the iPad Pro as the novelty of the year. Seeing as the Apple Watch pretty much flopped according to Apple standards, coming out with a new product would solidify Apple strategy a bit in the tablet and convertible market.

Competing against the Microsoft Surface Pro 3 and the upcoming Microsoft Surface Pro 4 will not be an easy task, so the iPad Air 3, if convertible, will have to innovate in the field a lot. Sources tell us that the iPad Air 3 price will be set below $1000 and it will be the first truly affordable premium convertible on the market. With the iPad Air 3, the Cupertino company might want to target those who are fans of the iPad Mini and those who would like an easy to use, versatile, premium, portable convertible that they can use for work while on the road, and not only.

Take this with a grain of salt, but our sources tell us that the iPad Air 3 will be similar to the Surface 3 in design, employing the elements that were present on the new iPhone 6 Plus, Apple Watch and MacBook. iPad Air 3 features include an aluminum alloy chassis, with a chrome finish, Touch ID in the trackpad of the attached magnetic keyboard, Force Touch embedded in the display, and performance similar to the iPad Air 2. Since Apple is supposedly aiming this device at iPad Mini fans, the screen size will probably stay at around 7 or 8 inches, with a Retina resolution.

Although the iPad Air 3 release is not a certainty, it would definitely be interesting to see Apple launching a convertible device in 2015. The company has a lot of plans to work out in the future, as they are working on their own electric vehicle dubbed Apple Car by the media, on the successor of the Apple Watch and two new iPhones, the iPhone 6S and the iPhone 7. What will truly see the light of day remains to be seen. Until Apple spills some beans on their current developments, we can just speculate. What would you like Apple to launch this Fall?