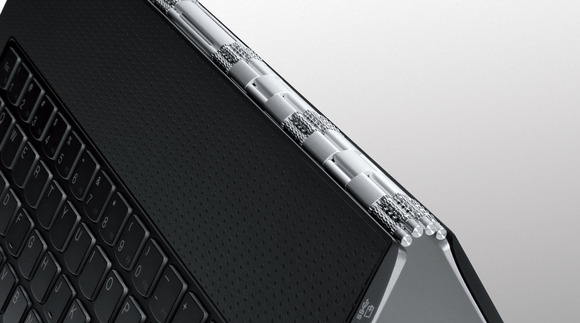 Microsoft is actually doing it as more and more rumors, leaks and sources claim that the company will not in fact leave the Surface Pro line-up as is, but will launch an entirely new Surface Pro 4 this Fall. The Microsoft Surface Pro 4 release date is said to be around October 15-25, with the new convertible going up for sale a month later in November. Although there’s little to be known about what Microsoft is planning on the convertible front, most insiders seem to be convinced that fans of the multifunctional tablets will eventually rejoice this month at the launch of the Surface Pro 4.

The Windows 10 launch last month went smoothly, and aside from a couple of privacy and tracking issues, customers seem to be very happy with the new operating system from Microsoft. The company has its hands full with the new OS and the updates that it requires, as well as with Windows 10 for phones and the new Microsoft Lumia 940 and Lumia 1030 smartphones. But since Microsoft is one of the largest tech companies in the world, there’s no doubt that they have the resources they need in order to turn 2015 into the year of Microsoft.

The Microsoft Surface Pro 4 release date will also introduce the new Microsoft Lumia flagships of the year with the mobile version of Windows 10 on board. Other manufacturers like Dell, HP, Asus, Acer, Lenovo and others are prepping their own devices, including smartphones, for the launch of Windows 10 for phones, but the Surface Pro 4 and the new Microsoft Lumia phones should be the highlight of the year when it comes to Windows-based gadgets. With the Surface Pro 4, the Redmond giant would like to reignite the flame that has been started by the Surface Pro 3 and attract casual, as well as enterprise users to the new device.

According to our own insiders, the Surface Pro 4 will be the creme de la creme of convertibles, surpassing the good reputation of its own predecessor and its newer, more improved model, as well as convertibles like the Lenovo Yoga Pro 3 or the new Asus Transformer Book Chi line-up, among others. With a new software suite coming around alongside Windows 10, the Surface Pro 4 will be designed and engineered around integration with Microsoft services and devices. If Apple has its own ecosystem, Microsoft wants to get in on it with its own spin on the matter.

The Surface Pro 4 will have a fanless, aluminum design and will adhere to new design elements such as an even thinner and lighter body, resembling the iPad Air 2, as well as a waterproof or water resistant certifications. The chassis of the Surface Pro 4 is said to be made with an aluminum alloy that combines new industrial elements into the design, giving the tablet more durability. In the spirit of the new Lenovo Yoga line-up, the Surface Pro 4 will not only incorporate a similar watch hinge at the base, replacing the magnetic type cover, but will also incorporate a projector in the device.

Using a projector is something most Windows and Surface Pro users are very familiar with, and the addition of a proprietary, native projector to the Surface Pro 4 increases its usefulness in schools, learning environments and business environments. While until now, Apple’s iPads were leaders in education, the Surface Pro 4 might take that throne away from Tim Cook and co. Still, these are unconfirmed reports, so I would suggest taking them with a heap of salt before getting your hopes too high.

Balancing cost and performance is a difficult task, especially for Microsoft. Many people are not happy about having to purchase styli and type covers separately, and the company wants to change that perspective. By introducing a new Surface Pro 4 with a watch-type hinge, Microsoft would eliminate the need for a type cover or a kick stand and will leave the styli as the optional accessory that people will have to purchase. The new design would significantly lower costs to customers and improve feedback, as well as lower the cost of sales, marketing and others for individual type covers. Although the new Surface Pro 4 will most likely be more expensive than anticipated if these design elements are truly incorporated, it will be well worth the price. Or at least that’s what they’re telling us right now.

The Surface Pro 4 will feature a fanless design and various models that will be made available in November 2015. The variants will differ in screen size, the Surface Pro 4 display having a 10-inch and 13-inch size available. The display resolution will also differ a bit from model to model, the lower-end, smaller model coming with last year’s resolution while the bigger, more powerful model will sport a higher QHD or 4K resolution. The display will also benefit from a new feature that will combine Cortana and long presses into the OS. While that is more part of Windows 10 and its properties, it is interesting to imagine how Microsoft will implement such a function into the Surface Pro 4.

Although we’re not even sure the Surface Pro 4 release date is correct, information keeps piling up about prices and specs in our inboxes. Until the truth is revealed by Microsoft themselves, these rumors are going to have to suffice. When it comes to Surface Pro 4 pricing, our insiders say we should expect prices to be between $500 and $1300, depending on the model. That’s a pretty big gap that suggests various models being available or outspecced models in a more conservative sample size.

The base model of the Surface Pro 4 will incorporate an FHD 10-inch display, Windows 10, Microsoft Office 365, a fanless i3 chipset backed by 4 GB RAM, a massive 8600 mAh battery, Type C USB, display port, HDMI port, USB 3.0, audio jack, microSD card slot and more. The most expensive model will feature an i7 architecture, 16 GB RAM and a bigger, better 13-inch display. Ports and features will mostly be the same, but the display and performance will be at a premium level on the most expensive Surface Pro 4 unit that will be available. Internal storage will range from 64 GB to 256 GB, as per usual.

Although there’s little official information about the Surface Pro 4, we’re confident that Microsoft is preparing something really neat for us, and integration with devices will be a big part of the entire experience. The design seems very interesting and we’re curious as to how the company will solve the Type cover and styli problem that users were unhappy with. Unless the company launches something sub-par, which is unlikely, the Surface Pro 4 should eventually end up being a success in the tablet/convertible industry.