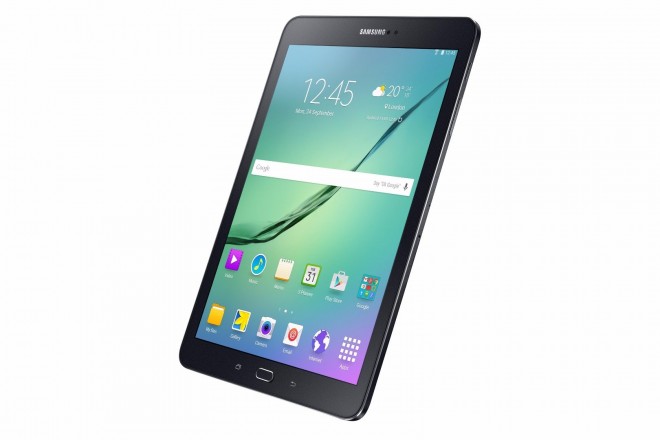 Last year’s Samsung Galaxy Tab S, both the 8.4- and 10.5-inch variant, have become two of the most popular tablets on the market, and two of the tablets with most positive reviews online. Still, Apple’s iPad Air 2 and iPad Mini 3 were more popular last year and up until now, but that might change soon enough as Samsung launched the successor to the Tab S line earlier this month. The Samsung Galaxy Tab S2 is finally official after weeks of rumors and speculations, and while it’s not exactly an innovative new product, it does begin a serious offensive against Apple.

The Galaxy Tab S2 release is not the first or the only offensive Samsung launched against Apple, as with their recent Samsung Galaxy S6, Galaxy S6 and today’s Galaxy Note 5 and Galaxy S6 Edge+ announcement, the South Korean company is clearly targeting the people who have become accustomed to the premium feeling associated with the iPhone 6, iPhone 6 Plus and iPad Air 2. Samsung has a fair shot in the tablet market, even though the Galaxy S6 launches weren’t as profitable as expected with the Samsung Galaxy Tab S2.

At the Samsung Unpacked event, we got to learn about the Galaxy Tab S2 release date, pricing, features and global availability somewhat, and while we weren’t overly impressed by what the company presented with the tablet upon its launch, we can still say that the new Galaxy Tab S2 is a top-notch flagship tablet that competes with all the major slates launched in the past couple of months (there haven’t been too many, though). Even if people seem to believe the tablet market is failing and tablets are going to fade into oblivion, the Galaxy Tab S2 presents serious incentive for consumers in Samsung’s mind, as it offers a premium design and a premium experience to go with it. As long as you’re in love with the cartoonish TouchWiz. 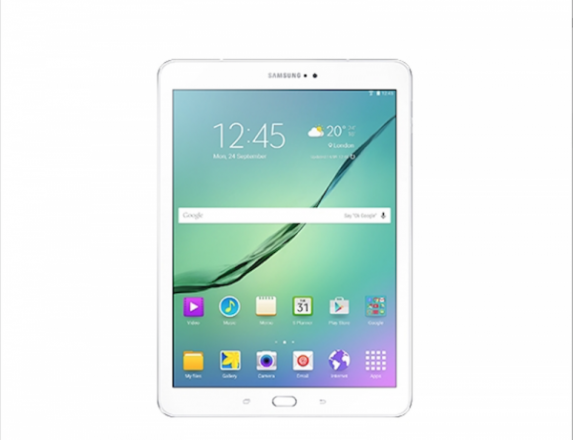 First off, the Samsung Galaxy Tab S2 is thinner than the iPad Air 2, which no doubt makes Tim Cook cringe in his seat as he begrudgingly watches the Samsung Unpacked event online. While the iPad Air 2 measures 6.1 mm, Samsung managed to get the Galaxy Tab S2 size down to 5.6 mm in thickness, which is impressive. Although many say a thin chassis for tablets is not exactly ideal, people seem to love the feeling of holding digital paper in their hands, as it were. Such devices are indeed pleasant to hold, to be fair. It’s like popping bubble wrap for some.

Moving, the Galaxy Tab S2 comes with a large model, which is actually only 390 grams compared to the iPad Air 2’s 440 grams, so Samsung tops Apple in this field once again. Sadly, the screen sizes on both models have dropped a wee bit, but that might be more of a pro than a con. The smaller Galaxy Tab S2 display measures 8 inches and comes with a 2048*1536 resolution Super AMOLED panel, while the 9.7-inch Galaxy Tab S2 gets the same panel on a 9.7 inch display. The resolution is still optimal, but the aspect ratio switching to portrait mode does in fact stand as a testament to what company Samsung is clearly after this year. Most people seem to applaud the change in aspect ratio, as portrait mode seems to be preferred in the handheld tablet game.

When it comes to specs and features, both versions of the Galaxy Tab S2 have about the same specs sheet. They feature Samsung’s own Exynos 5433 CPU, backed by 3 GB RAM. As PCAdvisor points out, the CPU is the same as in the Galaxy Note 4 (the one which doesn’t come with Qualcomm’s Snapdragon). Onboard storage is between 32 GB and 64 GB and here comes the most interesting part, the part which will actually help Samsung outdo the iPad Air 2 with the Samsung Galaxy Tab S2: microSD card slot, with support up to 128 GB.

The fact that the Galaxy Tab S2 comes with a microSD card slot will please a lot of people involved in the recent upheaval about the feature missing from the Samsung Galaxy S6 and oddly enough, it looks like Samsung is serious about listening to feedback this time, and it might be working. TouchWiz is still horrible, but the company is on the appropriate road, or so it would seem.

The Galaxy Tab S2 camera measures 8 MP on the rear and 2.1 MP on the front, on both sizes of the tablet. The camera is not spectacular as far as we’ve seen, so we’re not sure if Samsung can compete with Apple in this department. Nonetheless, the optional 4G LTE and the always-present fingerprint sensor (which is a touch sensor, not a swipe sensor, yay) add to the overall appeal of the Galaxy Tab S2 series. The company did well this time and included decent batteries in both models, although these still might not be big enough. 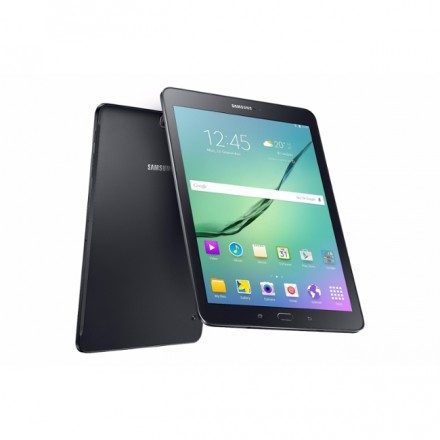 But the iPad Air 3 or iPad Pro are coming in September, so we doubt that Samsung is going to outdo one of those with the Galaxy Tab S2. Still, the new tablets are quite wonderful and the aspect ratio and design change do add to the appeal of the slate. The company also added a few nifty software features, like Android 5.0 Lollipop, Microsoft Office, 100 GB of OneDrive storage for two years, Pop-Up Window, Smart Manager and more unique native features will also be available to Galaxy Tab S2 buyers. So, basically, bloat. Still, the Microsoft stuff is interesting enough.

Now for the price, because that’s where Samsung is usually sensitive.  You can see all the Galaxy Tab S2 prices, calculated after the price in euro that Samsung provided. Although an exact release date for the tablet hasn’t been given, they are promised to appear on the international market this month, as stated by Samsung at the Unpacked event. Although the prices are a bit high for a tablet, they are about the same price as the iPad Air 2. so this is definitely an attempt at a premium device.

Although the Tab S2 wants to be a premium tablet, the plastic, ribbed back panel is not doing it any favors. Sure, the frame is metal and feels quite nice, the device itself is incredibly thin and light, but that’s about it. The back still isn’t metal or glass, which seems to sit well with customers that the company wants to target. Still, for those who don’t want metal because it makes tablets prone to overheating and it restricts the ports and features that one can include, the plastic back is sexy enough. It’s not as appalling as the one on the Galaxy S5 and it’s even better than the one on the Galaxy Note 4, so it’s ultimately a nice premium finish, even without the metal.

Overall, Samsung’s new tablets are pretty impressive, even though the next iPad will probably still outsell them, as it’s very close to its launch. The Tab S2 has been on sale in Singapore since the beginning of the month, but finally, these tablets are official and globally available, or at least they will be in the next two weeks.