Surface Pro 4 release and price to be official next month 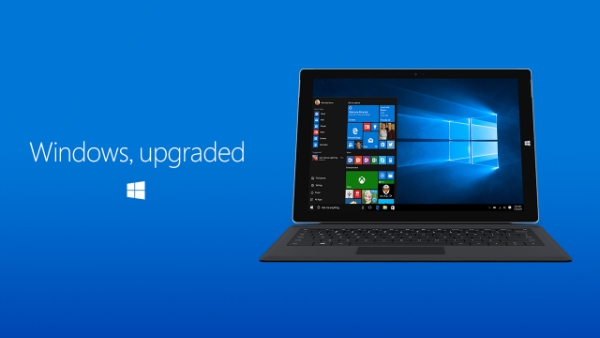 Surface Pro 4 release and price to be official next month

With the Surface Pro 4 Microsoft will most likely try and upgrade the previous model to the standards that users want to see and it will focus on integration of Windows 10 and Cortana into a possibly new design for a seamless user experience within the Microsoft ecosystem. With the deployment of Windows 10 Mobile closing in and people already getting excited aout the new Microsoft Lumia devices to come, the company has a lot to do in the remaining few months of the year.

Microsoft has bought up new cloud security firms, as well as invested a lot in Azure and its mobile app suite, going as far as releasing a new Skype Messaging app in the Windows store. That means that the release date for both the Surface Pro 4 and the Microsoft Lumia flagship of the year is close and we don’t have to wait that much to actually get a glimpse of the new devices. Still, the number of leaks about these devices is oddly small, as few people have published anything other than just rumors.

Nonetheless, we’re confident that the Surface Pro 4 is not fiction, and neither is the new Microsoft Lumia flagship. We’re in doubt about the release date, as some suggest early October while others say that by the end of this month, pre-orders for new Microsoft devices should go live. Whichever the case, we’re also confident that the company is on the right track this year, especially with the positive response that the company is gathering with the release of Windows 10 for free worldwide.

Even though we don’t know much about the Surface Pro 4. we’ve enough information about hardware development in order to get an idea of what to expect this year. At the same time, we can judge by the faults people saw in the Surface Pro 3 in order to pinpoint new features that could be included in the revamped version of the hybrid.

With that in mind, I suggest you take these specs with a grain of salt until we have confirmation from the company. First off, the Surface Pro 4 line-up will include multiple devices with similar specs, just like last year. Apparently, the Surface Pro 4 display will be either 12- or 14-inches, depending on what you like best, both displays with QHD resolution. Rumors about 4K resolution displays on the Surface Pro 4 have also been noticed, although they seem less plausible than a QHD display.

The Surface Pro 4 is going to be an important step in hybrid history, as it will involve new processors and new technologies. With that in mind, our best bet when it comes to Surface Pro 4 hardware would involve the new Skylake processors, most likely the H series, in three different configurations, as usual. 4GB and 8GB RAM should be on board the Surface Pro 4 depending on the variant that costumers will choose, with storage starting at 64 GB and up to 256 GB. Some say the design of the hybrid won’t include fans, which would be an interesting combination. The new Skylake CPUs and their performance and efficiency might counter overheating problems, but I’m not sure if a fanless design is the way to go when it comes to the Surface Pro 4, where performance is more important than design.

Since we’re on the topic of design, the Surface Pro 4 design shouldn’t change that much. A premium metal chassis, a nice TypeCover keyboard which is supposed to be sold separately as usual and a stylus will remain the staple pieces of the hybrid. What will change however is compatibility, as Microsoft confirmed that Surface Pro 3 accessories will be compatible with the Surface Pro 4. Moreover, we do expect a new stylus to be launched, one with more features, better sensitivity and its own drawing pad, sold separately, for those graphic artists out there.

Some say the Surface Pro 4 release date will be October 19, although we can’t pinpoint where that rumor originally started. We are hoping for an earlier release, maybe before the iPad Pro goes on sale, because that would help Microsoft gain a bit of traction and create a bit of hype around its new products, to counter the Apple offensive. We’ll have to wait and see. As soon as the company releases information about the future of the Surface Pro 4 and Windows 10 Mobile, we promise to be all over it.