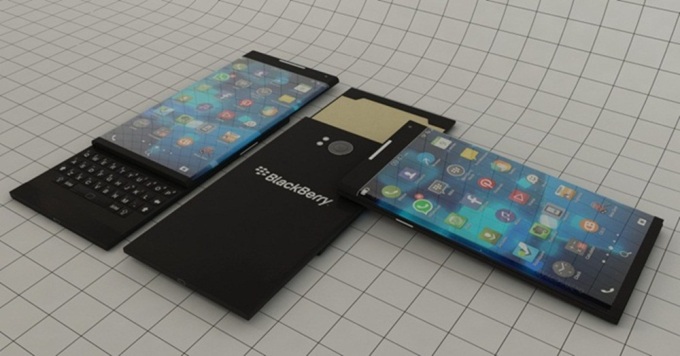 We’ve been looking forward to something new from BlackBerry for a long time now, ever since the Passport was announced. John Chen spilled the beans about the BlackBerry Venice and even showed the new slider phone off at a press conference last year. Since then, however, no news about how development of the BlackBerry Venice came, aside from a few rumors saying that the sliding keyboard-touting smartphone would run on Android 5.0 Lollipop.

It looks like the rumors were right, as a new BlackBerry Venice hands-on has been leaked online and the video shows the entire beautifully crafted handset running on Android. While there were a few skeptics saying that BlackBerry would never switch to Android, the state of the market might just have forced the Canadian company to do so, in order to keep its smartphone division alive. John Chen, the new CEO of the company, has already expressed frustration about the smartphone division and said that if things aren’t going to change soon, the company would have to let go their devices department.

Apparently, the new BlackBerry Venice aka Slider is the best opportunity for BlackBerry to show that they can in fact make an awesome smartphone with a sliding QWERTY keyboard, running on Android. From the video, we can see that the build that the BlackBerry Venice is running is probably either Android 5.1 or Android 5.1.1, although the former is more likely. The software is familiar and looks very much like what stock Android fans are used to, which is a nice touch.

The BlackBerry Venice hands-on video demonstrates that the phone is almost ready for commercial release, even though the unit in the video is merely a test unit. The keyboard seems to work seamlessly and it might even be the same keyboard as the one we’ve seen on the BlackBerry Passport, which is absolutely cool. The mechanism seems to be working fine and there will be software features that will take advantage of the keyboard.

BlackBerry Venice specs and price are still under a question mark, as the company has not yet released official information about the device. Presumably, it will have a Snapdragon 810 CPU, 3 GB RAM, 64 GB internal storage, a 3700 mAh battery, a 20 MP camera on the rear, an 8 MP shooter on the front, and an entire suite of BlackBerry apps and tools. When it comes to the BlackBerry Venice release date, we expect this phone to become official as early as October. Its pricing will most likely be in the same realm as the Passport, at around $600 unlocked.

Zopo Speed 7 review – Possibly a bit too pricey for what it offers
Weekend smartphone deals – iPhone 6 Plus, Samsung Galaxy Note 5, HTC One M9 and more