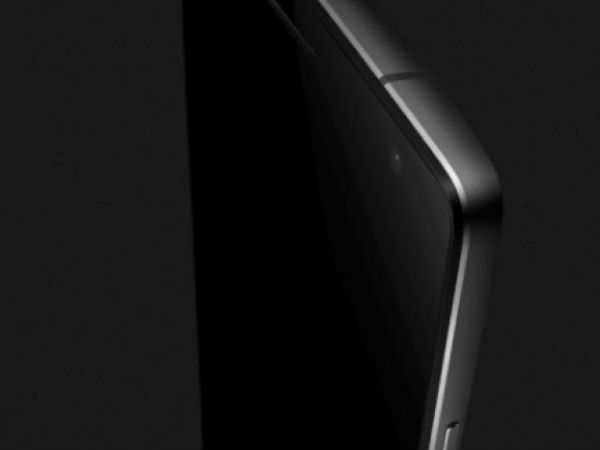 OnePlus is hosting an event in India on October 12 that is supposed to introduce “the next big thing”, according to the invite the company sent out. Rumors have marked the OnePlus Mini, or rather, the OnePlus X, according to OnePlus CEO, as the next device in line from the company a long time ago. Today, FCC certification documents have popped up confirming the existence of the new device. While the documents do not confirm that the new handset will be called the OnePlus X, they do give a couple of hints at what to expect. There’s only one photo in the listing, focused on labels rather than design, but it’s the first official photo of the OnePlus X, so it will do just fine.

The FCC listing doesn’t reveal too much information, but it does confirm that the Chinese company is going to launch a new phone next week. While this might be an India-exclusive launch, most likely it will be globaly available through the same invite system as the OnePlus 2. The listing reveals that the handset carries model number One E1005, a 1.9 GHz processor, 2 SIM card slots and LTE. That processor is most likely the Snapdragon 801, associated with 3 GB RAM usually. If this is a mid-range phone, 16 GB of internal storage should be enough. The photo in the listing reveals that the OnePlus X specs do not include USB Type-C, but the speakers on the bottom are similar to those on the iPhone 6 or Galaxy S6. 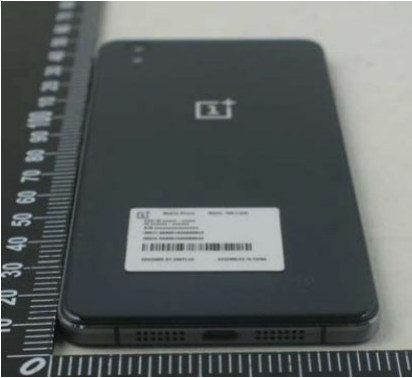 The OnePlus X photo also reveals a plastic chassis that seems to be encased in a metal frame, with rounded edges. The camera module and flash are also visible, but no other defining marks can be seen from the photo. Still, this might be the first official appearance of the OnePlus X, and firsts are usually followed by more. We expect more images to show up and OnePlus CEO doesn’t seem too keen on keeping silent.

Until the launch event on October 12, we can still ponder upon existing speculation. Most leaks and renders suggest that the device will sport a 5-inch IPS LCD panel with an FHD resolution of 1080*1920. The rear camera is supposed to be comprised of a 13 sensor and LED flash, accompanied by a 5 MP camera on the front of the device. Notification LEDs are also supposed to be part of the mix and stereo speakers are pretty much confirmed. With only a few days left to the event (and to the flash sale for the OnePlus 2, starts at 12 PM PDT on the same day and lasts an hour, no invite needed), excitement is intensifying.

Galaxy Note 4 Marshmallow update might be late for carrier units
Nobody cares, but the HTC One A9 is coming in a week