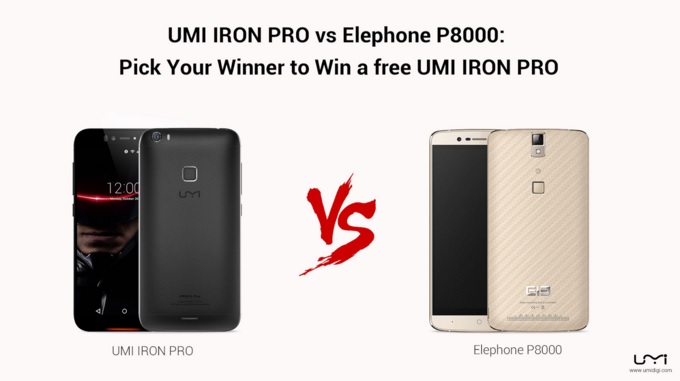 [update] The giveaway has ended! The winner will be notified via email within 24 hours. We hope you liked this giveaway, because we are planning on doing more. Make sure to come back to Geek Reply once in a while, maybe we’ll have something just as interesting next time! Thanks to everyone who participated!

Umi is close to launching their latest flagship, the Umi Iron Pro and to celebrate the launch, the company decided to start giving away units of the phone to raise awareness about its neat value. The Umi Iron Pro aims to compete with mainstream Android flagships as well as smartphones oriented towards long autonomy and high-end performance. According to the marketing team of the company, the Umi Iron Pro is going to be an affordable, yet premium device that will take on the Android competition with design, performance and battery life. You can check out the handset on the official Umi website, and you can even it order it through there.

One of the biggest competitors Umi is taking on with the Umi Iron Pro is Elephone. Although these names are most popular in Asian regions, they are slowly bleeding into the international market. That’s because these companies tend to release affordable smartphones that still manage to get up to the level of current flagships that cost upwards of $500, which is pretty neat. The Umi Iron Pro is going to directly compete against the Elepehone P8000, and the company is not ashamed to make use of the competition.

Thanks to Umi, we are going to give away one Umi Iron Pro on Geek Reply, but you can get your hands on one in multiple ways. Geek Reply only has one unit for this giveaway, but Umi is organizing a massive giveaway on their forums. To take part in the Geek Reply Umi Iron Pro giveaway, all you need to do is read this comparison between the Umi Iron Pro and the Elepehone P8000 and leave a comment below choosing your favorite. Make sure to motivate your choice!

The winner will be chosen based on their motivation and it doesn’t matter whether you think the Umi Iron Pro is better than the Elephone P8000 or vice-versa, so be honest in your commentary – it will benefit the company’s feedback system and help them cater to their users in a better way. The Umi Iron Pro giveaway starts today and ends on November 15. The winner will be contacted via email, so make sure to comment with a valid email address. The prize will be shipped around November 20, but the winner will have to allow a week or so for the Umi Iron Pro to be delivered to their doorstep.

If you want to get the most out of the Umi Iron Pro giveaways, you can check out other ways you can participate in the promotions the company is organizing on their forums. One interesting way you can enter is to create a video of yourself totaling an Elephone P8000. Umi will pick 10 videos from the submissions and each of those will get an unlocked Umi Iron Pro. However, if you smashed your Elephone P8000 and didn’t win, Umi won’t leave you in the dark: they’ll give you a coupon to buy the Umi Iron Pro when it becomes widely available for half the price. You can read about the rules and submit your destructive video here.

So, without further ado, let’s see if the Umi Iron Pro is better than the Elephone P8000! First off, one of the main aspects of the Umi Iron Pro that sets it apart from the Elephone P8000 and even the rest of the smartphone market, is its security. The security measures built into the Iron Pro consist of a fingerprint scanner, an iris scanner and voice recognition. Since security is of utmost importance, especially for your smartphone, most Android users will appreciate these features. The handset will also be updated to Android 6.0 Marshmallow, which brings forth native fingerprint sensor support, adding an extra secure dimension to the Umi Iron Pro. 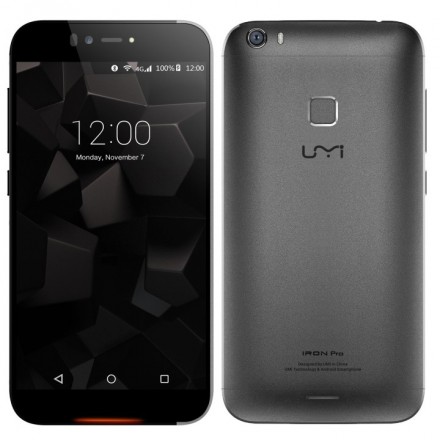 Under the hood, the Umi Iron Pro gets a Mediatek MT6753 CPU, the same as in the Elephone P8000, Both handsets run on Android 5.1 Lollipop, so you will be getting the latest software experience no matter which you choose. Although we are aware that Android M is the latest build, adoption rates for the new OS are slow and it’s going to take time until at least half the Android users actually get the update.

Moving on, the Umi Iron Pro comes with 3 GB RAM and 16 GB internal storage, once again equaling the specs of the Elephone P8000. Compared to its rival, the Iron Pro comes with more security, since the P8000 only has a fingerprint sensor built-in. Software can resolve voice recognition, but the Umi Iron Pro has built-in recognition which might even allow users to speak voice commands when the phone is locked.

The Elephone P8000 comes with a 5.5-inch IPS FHD display, while the Umi Iron Pro brings things up a notch by adding a more vibrant LTPS display and Gorilla Glass 3 on top to ensure the touchscreen’s durability and resistance to scratches and drops. Since we’re on the topic of design, the Umi Iron Pro gets extra points for the Skyline LED strip on the bottom, reminiscent of the Oppo Find 7. While the Elephone P8000 also has LED notification lights, they’re hidden and not as spectacular as on the Umi Iron Pro. 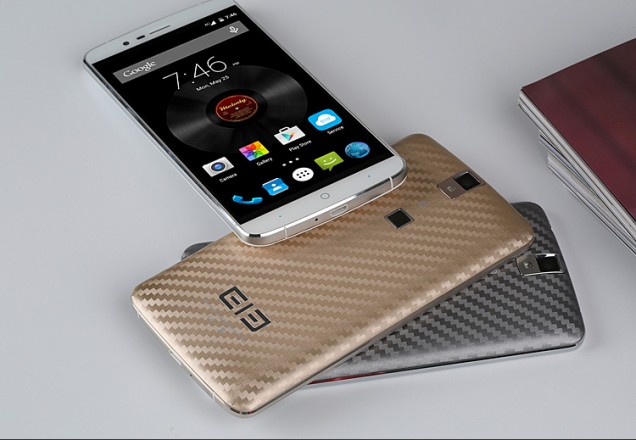 With a thin, lightweight body, the measurements of the Umi Iron Pro are 152.3 x 76.5 x 7.9mm and the weight of the handset sits at 148 grams. Comparatively, the Elephone P800 size is 155.2mm*76.6mm*9.2mm and its weight is 203 grams. That being said, the Umi Iron Pro is a more maneuverable smartphone that fits the same screen into a significantly smaller and more comfortable body. With a better screen to body aspect ration and thin bezels, the Umi Iron Pro is a future-proof device.

Add to that the USB Type C connector that doubles as an OTG port to charge your other devices, and you’ve got a phone filled with features. The Elepehone P8000 still uses microUSB and it doesn’t feature OTG charging so it can’t act like a power bank, but the Iron Pro can and that’s a bonus point for the handset. USB Type C is also a bonus, because it’s the new standard and every company is now rushing to adopt it.

When it comes to the camera setup, the Umi Iron Pro will feature a 13 MP Sony IMX214 sensor with dual-tone flash and autofocus on the rear and an 8 MP selfie camera up front. The Elephone P8000 features a 13 MP Samsung 3L2 camera on the rear and a 5 MP front-facing shooter. The Sony sensor within the Umi Iron Pro has had a better track record with low-light photography and digital stabilization, but the Elephone P8000 camera is also pretty decent. The front cameras are different, and offer the Umi Iron Pro an edge.

The Umi Iron Pro also features a headphone amp built-in for high-end audio quality, a metal unibody, ultra power saving mode, an entire suite of health apps, dualSIM capabilities (2 NanoSIM cards or one NanoSIM and one microSD card) and of course, 4G LTE. While the Elephone P8000 also has LTE, it lacks the extra features that Umi is including in their new flagship.

The Umi Iron Pro price is set at $170, but with all the giveaway activity going on lately, you might get lucky and get the handset completely free. Umi is set on taking the smartphone market by storm and the Iron Pro is a testament to that. With an extraordinary bang for buck and value, the handset demonstrates that good phones don’t have to over $500. So, do you think the Umi Iron Pro is better than the Elephone P8000, which has the same price, btw? Let us know in the comments below to participate in the giveaway, and make sure to explain your choice.