Xiaomi Mi5 release date set for November 24, invites are out 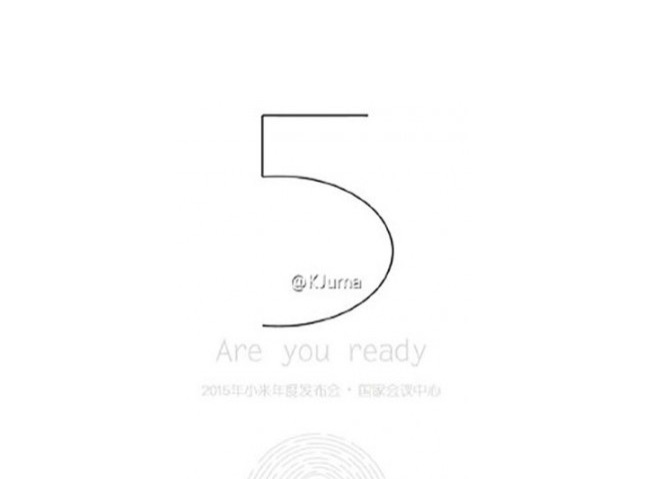 Xiaomi Mi5 release date set for November 24, invites are out

Next week is going to be an eventful one, especially for fans of Chinese manufacturers. Huawei  is kicking off in style on Monday, November 23, with the long-awaited launch of the Huawei Mate 8 and the release of the Huawei Watch in China, but Xiaomi  is going to take the stage on Tuesdau, November 24 with the much-anticipated launch of the Xiaomi Mi5. Yesterday, the company more or less confirmed the Xiaomi Mi5 release date when it sent out invites to the event. Code-named Gemini, the Xiaomi Mi5 is supposed to be an incremental upgrade to its predecessors, the Xiaomi Mi4, Mi4i and Mi4C. Those in China can try to get their hands on a ticket, too, if they want to attend.

Moreover, the company will also be launching mid-range and entry-level smartphones at the event, with rumors about the Xiaomi Redmi Note 2 Pro and Xiaomi Mi Pad 2 making appearances running rampant. The most exciting launch, however, is no doubt going to be the Xiaomi Mi5. Although the company just recently completed the previous family of devices with the Mi4c, the flagship is in need of an upgrade. The Xiaomi Mi5 will be the flagship smartphone for 2016 and is going to attempt to compete against mainstream handsets like the Galaxy S6, Nexus 6P, iPhone 6S and more.

Leaked documentation and benchmarks suggest that the Xiaomi Mi5 specs will be out of this world and will rival with even the most recent of smartphones, like the Galaxy Note 5, LG V10 and Motorola Droid Turbo 2. The Grand Finale, as Xiaomi dubs the launch of the handset, will most likely bring us an affordable smartphone that still manages to rival all the scary names we’ve already mentioned. Although it might be hard for the company to make a name for itself on the American smartphone market, it can follow in the footsteps of Huawei, who seem to be doing rather well when it comes to popularity since they became the Nexus 6P manufacturer.

When it comes to what the Xiaomi Mi5 hardware will include, we’ve a couple of decent ideas floating around, but the company has not yet released official information about what to expect. Apparently, the handset will be making use of a Qualcomm Snapdragon 820 CPU, but that doesn’t really sit well with the launch schedule. Qualcomm stated that handsets using the new chipset will be first introduced early next year, so the November 24 Xiaomi event might not see the unveiling of the Xiaomi Mi5 after all. However, there are other rumors about hardware, naming the Snapdragon 810 or even an unknown chipset as part of the handset.

3 GB RAM, at least 32 GB storage, 16 MP camera on the rear, a 4000 mAh battery and Android 6.0 Marshmallow are all expected to be featured in the Xiaomi Mi5, if it is launched next week. Since the company is mum on the matter, executives only releasing teaser images and statuses on Weibo, we can’t be sure what to expect. A metal design seems like a given. but we do expect a fingerprint sensor to be included in the mix this time around. The company is going to have a lot of competition, so pricing is most likely going to be competitive. The Xiaomi Mi5 price is rumored to not go over the $600 mark, depending on storage configuration chosen. Pretty decent, right?