A New Apple Leak Shows Concepts of the iPhone 8 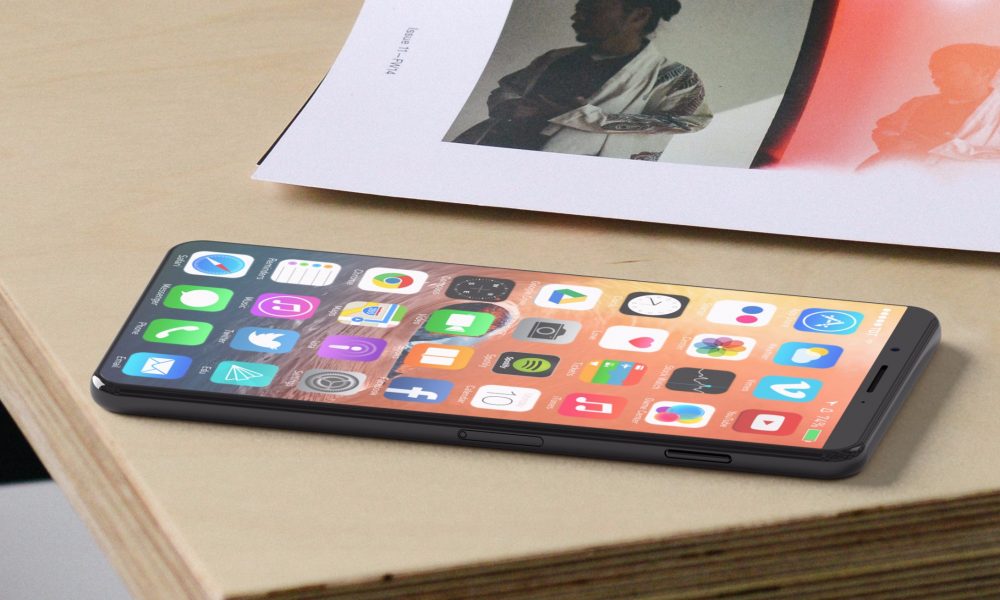 techdriventimes.com
A New Apple Leak Shows Concepts of the iPhone 8

The iPhone 8 is shaping up to be a huge phone, both literally and figuratively. With a new OLED display measuring a whopping 5.8 inches, it will be the biggest display on the market (Though that title will soon be taken by the Samsung Galaxy S8). Apparently the device will actually end up being smaller than the iPhone 7 Plus, however, as the bezel has been almost completely removed.

Nikkei, the world’s largest financial reporter, has also confirmed that the device will be a huge hit to consumer wallets. With an expected price tag of over $1000, it’s the most expensive iPhone Apple has ever created. As we learn more, we’ll have to see whether that gigantic price tag is justified.

The new iPhone definitely packs some new and interesting technology into the device, which may be an explanation for the high price. Forgoing the home button, the iPhone 8 instead features an adaptive bar built into the screen that changes based on context, similar to the touch bar on the new MacBook Pro. The absence of a home button is innovative, and allows for a design that’s pretty much entirely screen. The concept images definitely look pretty sleek, so I’m excited to get my hands on the device whenever I can.

Keep an eye on Geekreply for the latest in iPhone news. We’ll be sure to keep you up to date as more information about the upcoming flagship is revealed.